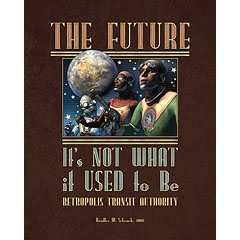 Happy New Year Everyone!
The family and I spent a quiet evening at home.  It was quite nice.  I've noticed on alot of the blogs I follow folks are reflecting on their 2009 gaming experiences and what they are shooting for in 2010.  Guess I'll do the same thing.
First off I started this blog back in the summer on a whim, and I've gotta say it was a great decision.  It took me a bit to "hit my stride" so to speak, but I'm having a ball with this blog.  You guys are great, I've "met" all kinds of people from all across the world (from Manila to Seattle and Beyond!..) , who like alot of the same things I do.  I am extremely flattered that so many of you have become readers of my blog, and I hope to keep your interest.  The friendships that I've made because of this blog have been a completely unexpected and most pleasant surprise and I look forward to getting to know more of you in the coming year.
As many of you probably know from reading my blog, my work schedule has really taken a toll on my face to face gaming opportunities, so this blog and especially you guys! have really helped to fill that void for me.  Unfortunately I don't see work easing up anytime soon, and on top of that I have learned that in order to keep my job, I have to go back to school for a bit (night school ...how exciting!).  Sooo that probably means even less time for gaming.
BUT its all good,  I consider myself blessed.  I have a wonderful wife and  a great life.  The next few months will be busy, but if all goes according to plan this time next year should see some good changes for me career-wise.
So that's enough rambling about real-life stuff...Let's talk about gaming!
In 2009 I finally got to play Mutants & Masterminds, we did a mini-campaign this past summer and had a blast!  I had wanted to  try it out since it first came out years ago.  Red did a great job running it and I really felt like I was in a Comic book story! In 2009 I discovered the coolness of 15mm Sci Fi.  So much awesome stuff is coming out for this or is already out.  I've got a growing collection in this great scale and as my budget permits, I'll be picking up more. I've even gotten several of them painted, will post pics when we get a new camera. The 15mm gaming community is an awesome bunch of folks, quite giving and friendly.
In 2009 I got to run a short Mutant Future campaign using the old Expedition to the Barrier Peaks module, the guys seemed to enjoy it, even if Red had a particularly nasty encounter with a laser scalpel weilding android (he talks in a higher pitched voice now, I mean his character does...) and Tod is publicly called "Ficus" from his mutant plant character to this day.. I tried 4E (DM'ed several sessions and played as a player in several more) and it just wasn't my bag, for those of you playing it I wish you the best.  But it's just not for me.  We've been playing Pathfinder, and I've had fun with it (especially the sessions I got to be Blackwolf the Barbarian, thanks Clint!) but it's got some of the same issues I had with 3.x to be honest. Lot's of rules!! I could duct-tape the rulebook to a club and would have one heck of a weapon for Mutant Future!  My work schedule has kept me from continueing in the Pathfinder game and that will probably continue to be an issue.  I got to try out Hackmaster Basic...hmmm didn't seem so "basic" to me, definately some cool stuff there, but I found character creation to be quite "fiddly" and the combat mechanic was...different from what I am used too. We got to play a Labyrinth Lord game using the old AD&D Saltmarsh module, Good Times, thanks for running Geek Preacher!  I miss that old school feeling that I get with LL and MF. I think I'm just going to have to admit that I'm a Grognard!  I've been caught up in the Old School Revival and I have been reading all the various blogs and sites about the OSR and such.
So what does 2010 hold for me gaming-wise?
I hope to explore .... 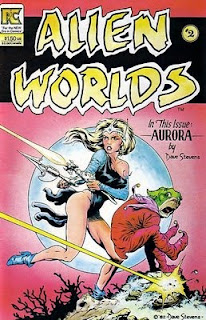 And not be afraid to turn things on their head and ask.. 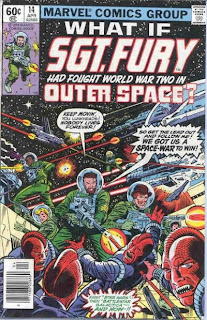 and where there are 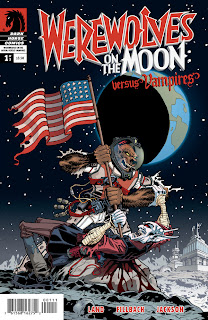 I'll continue to do Mutant Future stuff, that system is just too much fun for me to resist and hopefully I'll get to play it some more too.  I also want to try some different gaming experiences, Science Fantasy/Sci Fi (other than my brief MF game) is something I haven't gotten to explore enough.  Planet Algol is an exciting example of the king of gaming I'd like to do.  I want to be able to mix and match genres. With none of this "You can't do that!".."Why not?"...just because"....   I want to get chocolate in my peanut butter! or is that peanut butter in my chocolate?
So stick around who knows what might be lurking around the next corner!
Good Gaming!
Posted by Brutorz Bill at 1:07 PM