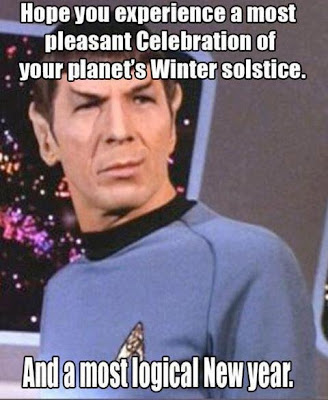 AS&SH The Catacombs of Bezra Ka


The Catacombs of Bezra Ka 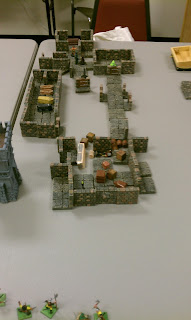 (I got to use my new DwarvenForge Kickstarter pieces, I literally grabbed them out of my duffle bag and plopped them down on the table, that's why it looks a little haphazard, but it took zero time to set up the dungeon as the players explored it).

Session 2b Astonishing Swordsmen and Sorcerers of Hyperborea
The Cast:
Houk – Viking Berserker
Rizlich – Kimmerian Shaman
Ostra- Amazon Ranger
After an intense and heated exchange between our trio and the Night Watch, they were convinced (more like cajoled) to follow the slime trail into the undercity and bring back proof that something else killed the murdered man other than the party, the watchmen cared not one bit that our trio had just really met Ostra.  The trail led them under the ruined temple, the Night Watch captain said it was an abandoned temple of Bezra Ka (he spit and sneered at the name), the captain went on to proudly proclaim that the church of Tsathoggua had driven the worshippers of Bezra Ka out of the city decades ago. Ostra using her ranger tracking ability was able to easily follow the slime trail through the sewers and wound up under the temple in what appeared to be its basement.  After a bit of exploration and crawling through some giant rat tunnels (curious no rats!), avoiding disturbing the temples crypts (Rizlich said he had a bad feeling about that room), wading through a moldy, soggy library, they found a corridor with a series of doors. Behind one they heard munching, but it didn't sound like giant rats…behind another they heard faint music, almost sounded like tavern music?!, but the slime trail continued onward down the hall. Following it, they found themselves in some sort of ceremonial meeting room with an altar in the middle of the room, and several tapestries on the wall.  Rizlich spent some time trying to decipher the religious symbols and messages on the wall…something about a coffin or sarcophagus??, Houk gripped his axe, he was ready for a fight and tired of wandering these underhalls. Even though the slime trail seemed to be dissipating, Ostra was still able to find it. It led them to a secret panel in the wall behind one of the tapestries. Rizlich was still intensely studying the images and symbols on the walls and tapestries; he seemed to think there was some sort of healing ritual described therein.  Ostra was on the hunt and not interested in old religions, and Houk was antsy to fight something.  With the slime trail (and Ostra's tracking ability) they determined that there must be a secret door and indeed there was!
Fast forward….after more exploration, debate and searching; a chamber with a sarcophagus like the one depicted on the tapestries was found.  While Houk and Ostra tried to determine the best way to open it, Rizlich searched a bit more on his own further down the hallway! Finding a door he opened it! He saw before him a large room filled with smelly trash and debris, he could hear music faintly coming from above and what sounded a bit like laughter, just then some trash fell from a hole up above and landed in the already large pile.  He'd found the trash dump for a tavern or inn up above.  Deciding to explore the debris further he entered the room!
Just then on the other end of the corridor the sarcophagus burst open and a muscular man leapt out to attack Ostra and Houk!  He wasn't any ordinary man however, he was pale, gaunt, dead looking, and a tentacle-like swarm of lavender worms shot out of his mouth like some evil extra appendage, clearly intent on doing them harm! Rizlich was in no position to help them however, because just then a large green wormy-caterpillar-like creature with tentacles burst up from the trash and debris and attack Rizlich!
Intense combat ensued, and it looked like Rizlich was not going to make it, down to one hit point he stood his ground in true Kimmerian fashion, actually wounding the beast a good bit.  Meanwhile Houk was in full berserker rage battling out with the animated wormy corpse. Ostra did what she could against the worm-wraith, but Houk was in brutal melee with it, and actually seemed to have the upper hand.  Realizing Rizlich was in the fight of his lift just across the hall, Ostra unleashed a torrent of attacks against the tentacle worm-thing battling Rizlich and between the two of them they finished it off, just as Rizlich was about to collapse.  They both turned to see the worm-wraith battling Houk desperately trying to escape the wrath of the berserker, he battled the thing all the way back into the sarcophagus and was tearing it to shreds, Ostra started to run to help, but Rizlich panting from exhaustion and his wounds, held the ranger back warning, "don't get too close to him when he is like that, he can't tell friend from foe!".  Eyes wide the ranger held back until Houk finally stopped cutting the long dead beast and slumped against the wall exhausted.
After a rest, Rizlich decided the sarcophagus was some sort of healing device and the worm-thing was using it to try to stay alive.  They found a bit of treasure in the trash room. Rizlich tried unsuccessfully to heal up in the sarcophagus, but determined a longer rest period in it would work.  Ostra took the sword that the worm-wraith was using; Houk said he preferred his axe.
Venturing further into the catacombs beneath the Temple of Bezra-Ka they encountered a campsite, complete with a snoring guard. Startling the guard, they figured out it was a camp of robbers that had made some sort of arrangement with the foul thing they had recently slain.  The heroes dispatched the guard and his brethren when they arrived. Then promptly looted the robber's treasure.

Loot Acquired (from 2a-2b)
Large Silver Bowl
Ornate gold candelabra
Potion of ?
Sword (seemed lighter and better balanced than it should)
Gold and Silver Coins
Sarcophagus of Healing? (but how the heck do you move it??)
Posted by Brutorz Bill at 8:22 PM 2 comments: