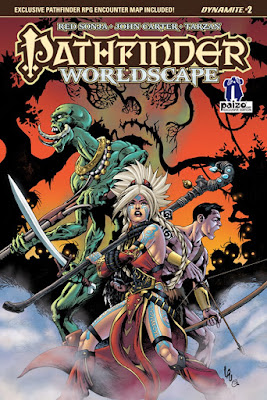 The second issue of the Pathfinder Worldscape comic released this week. This issue has a bit less action than the first issue, but it does explain a good bit more about what is going on, in particular how the Worldscape setting "works". Oh and yes that is indeed a Green Martian on the cover! Woo Hoo!  I am still really enjoying this series. This is the kind of campaign setting I would really enjoy playing. The end of the comic includes some Pathfinder stats for Green Martians, an encounter map and even Green Marian firearms rules. Even if you aren't a Pathfinder player, there is good stuff in here for your games. Oh and minor spoiler>>>....
.
.
.
.
this issue shows us that a Simian Army is on the rise! YES!!!
I personally can't wait for the next issue!
Posted by Brutorz Bill at 11:13 AM 2 comments: 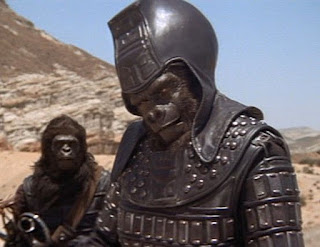 "What's that you say? Apes Victorious is now available in print?!"
That's right General! You can get it right HERE!

Posted by Brutorz Bill at 5:58 PM No comments: