Sadly doesn't seem like the Warlords of the Apocalypse will ever see the light of day... I had preordered it but after countless delays I asked for and got my money back on it.  If it ever does come out I'll pick it up, since I'm a sucker for P.A. RPG's.  Meanwhile I did find a homebrew Gamma World (4th edition, NOT 4E)  Pathfinder compatible conversion here.  Looks pretty darn detailed! And for free how can you argue!
If anyone tries it out let me know how it goes!
Have a great New Year's Eve! 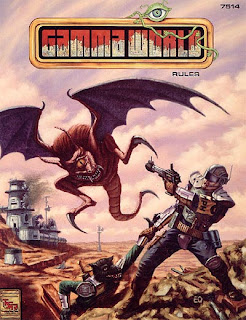 My favorite edition of Gamma World to date, the 4th edition, NOT 4E.  LOL
Posted by Brutorz Bill at 1:35 PM 6 comments: 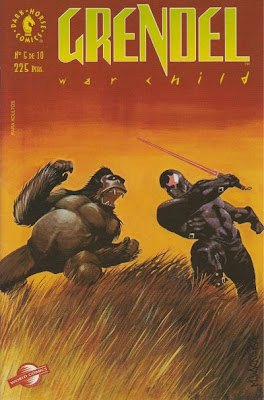 Anyone know anything about this series? I read on-line the War Child story-arc was very Rifts-like, I gotta admit that definately intrigued me.  Rifts game mechanics drive me nuts but I love the setting!
Posted by Brutorz Bill at 10:32 AM 2 comments: 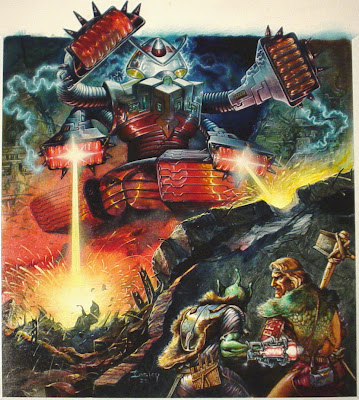 " I thought you said this place was lightly guarded?!!"
Posted by Brutorz Bill at 6:05 PM 4 comments:

Hope everyone had a wonderful Christmas, we sure did.
Realms of Chirak recently did a great post about character generation for The Mutant Epoch RPG.
If you've been curious about this game, I encourage you to read his step by step description of character generation. 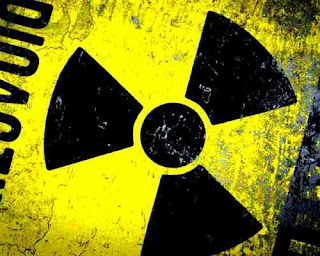 Posted by Brutorz Bill at 7:00 PM No comments: 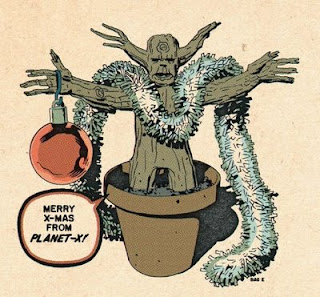 Whatever your holiday traditions may be, I hope you all have a great time with family and friends!
Posted by Brutorz Bill at 9:16 AM 2 comments:

I hope everyone has a Merry Christmas! 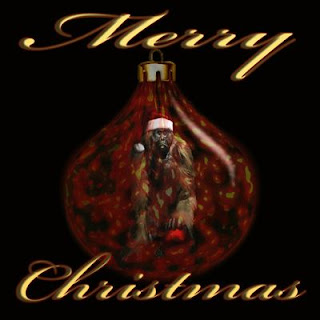 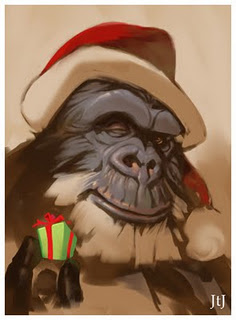 Picked this one up today! 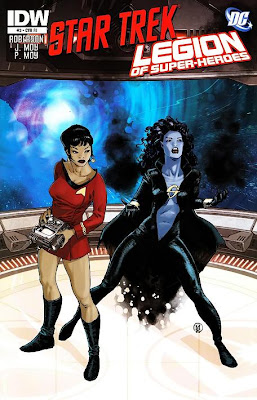 Its the third issue in this series.  Things are finally rolling along.  I'm really hungry to learn more about this merged universe!  This issue features an awesome version of The Fatal Five! I must admit I had a nerdgasm when I saw what they had done to the Mugato!!  And the Emerald Empress, well she is Green! ; )
I can really see having a fun RPG Campaign with this new yet familiar universe!
Posted by Brutorz Bill at 9:15 PM 1 comment:

For those of you that prefer print versions of your gaming goodies, I've just learned that Sine Nomine Publishing has made its Mandate Archive PDF's available in print! Woo Hoo! 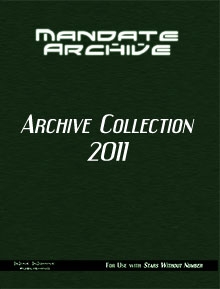 This even has some never before seen bonus material about The Judicators including details on their unique psionic discipline!
Posted by Brutorz Bill at 6:29 PM 1 comment:

Krugreppeans are a tall (average 7'), humanoid race covered in thick hair, and have light brown skin with no visible nasal structures.

Krugreppeans were originally a happy and peaceful people. This all changed when a deranged alien psychic unleashed a Maltech device in an attempt to harness the power of their homeworld's star. The alien was unable to control the ancient device, and instead, their sun was destroyed as was the bulk of their civilization and people. They used their starships to flee the destruction of their homeworld; however, they only possessed a limited number of spike drive capable starships, nowhere near enough to save the bulk of their people, the remaining Krugreppeans died on their homeworld. Since that time they have spread out in their starships across the stars, hunting for the rogue psychic that destroyed their civilization. Now most Krugreppeans are trained as warriors, favoring both energy and bladed weapons. In spite of their advanced technology they have always been a superstitious people, the destruction of their society has only made them even more so. One oddity, they like to use the word "Hoopla" as an exclamation of some sort, its meaning has yet to be determined.
Krugreppeans as PC's
Roll 3d6 for attributes as per the normal rules; however, Krugreppeans have at least a 14 strength attribute.
Hairy – They are covered in a thick hairy hide, providing them with a +1 bonus on saves to resist the effects of cold. This thick hair also gives them a base AC of 8.
No known Krugreppeans are psychic.

Based on the alien race from Marvel Comics, Defenders #150, no copyright infringement is intended.
Posted by Brutorz Bill at 8:38 PM 8 comments:

This one was sent to me by my buddy Joe. 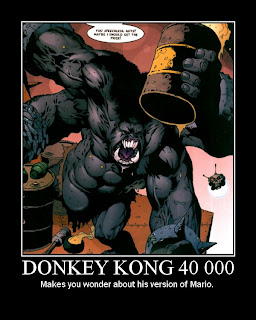 More Praise for The Mutant Epoch!

Realms of Chirak agrees that The Mutant Epoch RPG rocks! I haven't posted enough about this great Post Apocalyptic RPG! 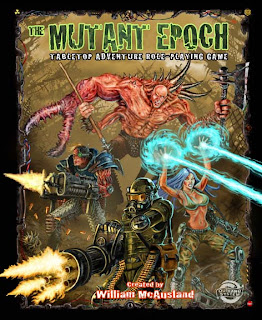 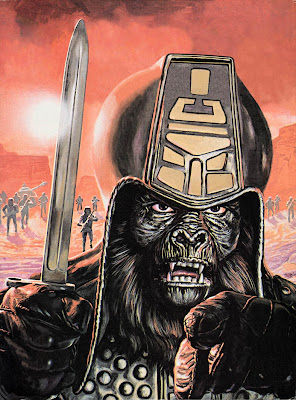 Just stumbled across this comic ad on-line, gonna have to go to the local comic shop tomorrow to see if they have it!  : ) 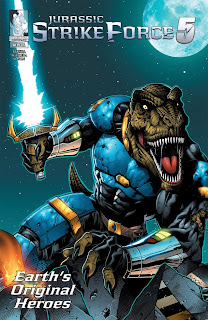 "For over 165 million years dinosaurs ruled the earth....until the alien overlord Zalex discovered the planet 100 million years ago. In search of an army to conquer the universe Zalex finds the perfect candidates to mutate into his ultimate soldiers in earth's Jurassic reptiles. With his new army nothing can stop Zalex from ruling the galaxy and the universe beyond it.....nothing but a team of mutated dinosaur heroes..."
Posted by Brutorz Bill at 7:29 PM 2 comments:

How's this for an ape-eriffic mix and match up! Marvel Zombies vs. Marvel Apes!! 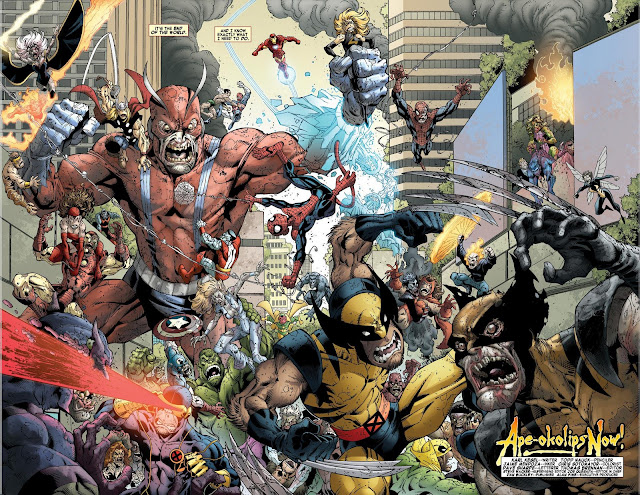