The Dyn; A race of Femme Fatales for your Labyrinth Lord Campaigns

After reading the recent review on Grognardia about the Anomalous Subsurface Environment Megadungeon/mini-setting for Labyrinth Lord, I of course had to order it along with Jeff Rients Miscellaneum of Cinder (the two seemed like a great match), I dug out my Labyrinth Lord books and on a whim stat'd up this race.  Bear in mind I'm not a race as class kinda guy, I'm following the LL AEC process with races.
So without further ado I present...
The Dyn
Dyn

Requirements: DEX 9, CHA 9
Ability Modifiers: STR-1, DEX +1
Dyn are an attractive all female race of humanoids, with chalk white skin, jet black hair and red eyes. Some sages claim they are related to elves, but more likely they are a sub-race of humans. To reproduce they seek mates amongst humans, elves, and half-elves the offspring of such unions are always Dyn. Upon reaching their 11th birthday all Dyn join The Sisterhood a mysterious organization that indoctrinates these women into the arts of battle and seduction. The Sisterhood produces the world's most notorious femme fatales. It is during this time that they are also trained in the use of the Shivring the traditional weapon of The Sisterhood.
Special Abilities: Seduction- Dyn are trained extensively in the arts of seduction, when engaged in combat with a member of the opposite sex (or female of an alternate persuasion) her opponent may be distracted. If the Dyn has at least a full round of interaction (verbal interplay, striking provocative poses etc.) her foe must save versus spell or be at -2 to attack rolls while combating these vixens.

Shivring : damage: 1d6+1, can also be used as a ranged/thrown weapon, if the Dyn forgoes her attack for that round and opts instead to use the Shivring to parry, her AC is improved by -2 as long as she is parrying with her Shivring. Often the Dyn will parry with her opponent during initial combat round while distracting him with her feminine wiles, and then when he is suitably distracted she moves in for the kill. The Shivring is a difficult weapon to master, each Dyn feels a special attachment to her Shivring and if it is ever lost or stolen she is at -1 to all attacks until it is recovered or replaced.
A Dyn with her Shivring at ready, art is by Ringo

Adapted from the Tellos Comic Series
Posted by Brutorz Bill at 7:10 PM 4 comments:

Simian Saturday: Rise of the Planet of the Apes trailer 2

Several of you have emailed me about the new trailer being out for Rise of the Planet of the Apes!  Thanks!  : )
For those of you that haven't seen it yet here it is.

Posted by Brutorz Bill at 8:24 PM No comments:

I just recently read where the Prime Directive RPG will be adapted to the Mongoose Traveller System.  I think this is awesome news!  This makes the Gamer Geek in me all giddy, much like the Crew in the photo above.  I can see mixing all kinds of things; Andorian Commandos battling Vargr Corsairs, while a Strontium Dog hunts down a rogue Vulcan Psion in the ruins of The Cursed Earth... Oh my!   : )
The recent Klingon Gorillas post I did featured the cover of the d20 Modern version of a supplement from the Prime Directive game.
Good Gaming - B.
Posted by Brutorz Bill at 8:10 PM 8 comments:

I wanted to send out a special thanks to Tetsubo,
He read my recent posts about my discovery of the old Star Wars D6 system and sent me several D6 Star Wars books he had...just because!  How cool is that!
One in particular that I had been looking for was in the stack he sent:

I tip my hat to Tetsubo and all the cool gamers out there!  I've sent folks stuff when I could and have been given stuff like the above. Although, I believe I've received more than I've given (hmm need to work on that!)  : )  Anyways, I know bloggers can be a bit cranky and opinionated at times, but there are some genuinely great and giving people out there.  I appreciate being part of this community.
Good Gaming!  - Bill
Posted by Brutorz Bill at 8:02 PM 3 comments:

Which made me think of this: 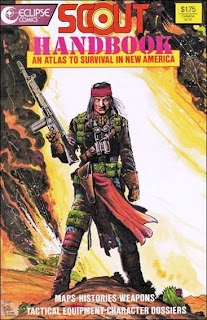 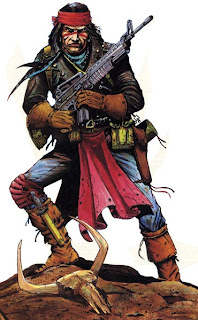 Sorry I've been quiet of late, been busy with work and other projects, but I'm still around.
Anyways...
I missed out on Eureka's line of 28mm Apes with Guns when they were out a few years ago, Eureka pulled them due to license issues.  Anyways I recently found another company out of Australia called
Blaze Away they have a line of POTAesque minis now available. Here is the picture of one from the website.
Looking at the pictures on the site, the sculpts look a bit "older" not having the polish of newer minis coming out these days, but I must admit being tempted to check them out.  Course shipping from the Land Down Under, might be a bit more than I want to spend. Anyways hope everyone has a great weekend, It's hot as all get out around these parts! Stay Cool!
Posted by Brutorz Bill at 5:08 PM 7 comments:

Some time ago I posted pictures of Kongzilla. There was speculation about how such a merging of ape and reptile came about... I now have proof of the true horror that led to the creation of Kongzilla...
Caution the below picture is not for the faint of heart! ; ) 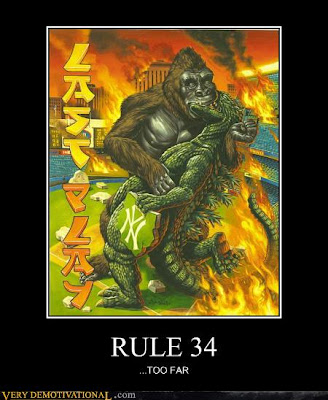 My wife sent me this and said, I've found the perfect picture for your blog for Simian Saturday!
Oh My!!!
Have a great weekend everyone!
Posted by Brutorz Bill at 6:51 PM 6 comments:

In doing my digging around the internet for Sci Fi gaming resources,  I found this!! 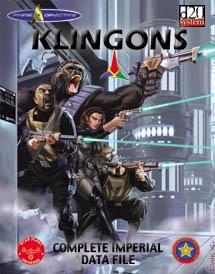 Klingon Gorilla Shock Troops!! HOLY CRAP!!!
It's actually a Slirdarian bear-ape, but I like the artist going with a more gorilla than bear approach.
You can see the original artwork here.  My players are probably happy I didn't have this back when we were playing D20 Modern/Future! I may have to track this down for future use.  D6 anyone?  ; )
Posted by Brutorz Bill at 11:50 AM 7 comments: 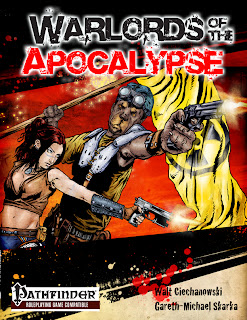 Looks like a mutant dog man, and some gun-toting lady.  Interesting...I like being able to mix and match stuff in my Campaigns.  Magic, Mutants, Guns! Etc... I'm having visions of  gun-toting Mutant Orc bikers in a fight with vibro-axe wielding barbarians covered in magical tattoos! Whew!  Keeping my fingers crossed, will keep you all posted!
Posted by Brutorz Bill at 9:17 AM 13 comments: 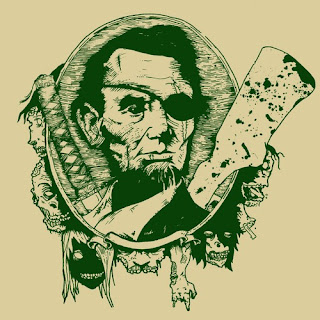 Oh Yeah!
My buddy David just posted his write-up of Lincoln Vampire Hunter for D6 and  Savage Worlds, as well as, a bunch of other stuff for Savage Worlds!  Including the Apeman race (just in time for Simian Saturday!).  Check 'em out!
Posted by Brutorz Bill at 8:41 AM 4 comments:

I know most if not all of you know the D6 rules are available for free download. Which is just really cool!
However, I'm just a book in hand kinda guy, so I looked around to see if any of the recent D6 books were available in print form for a good price.  I lucked up and got a Hardback copy of D6 Space for $5. 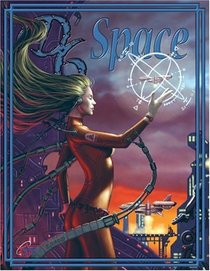 I don't know when we will get to play D6/Mini-Six, but I gotta admit it's a neat rules system.  Happy to have it as part of my collection.  So many games so little time!
Posted by Brutorz Bill at 6:09 PM 8 comments: