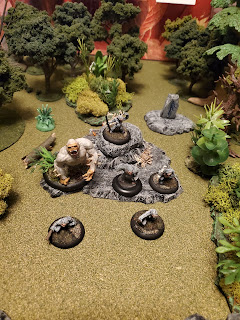 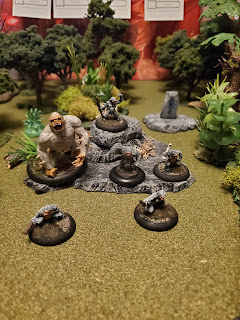 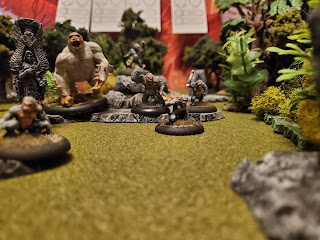 Fortunately the druid was able to parlay with them and a conflict was avoided. One ape has joined the group, and the Goliath testing out the recently acquired flute, discovered it could summon a large serpent!

5E Session 3 The Adventures of "The Humble Travelers"

We played our third session of our 5E Campaign last night.  Below are a few pictures from the game. 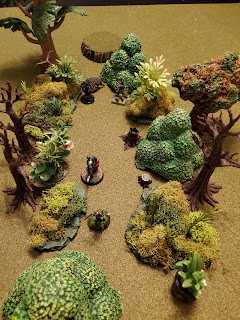 I wanted to convey that the party was really getting into an old growth forest thick with trees and brush. 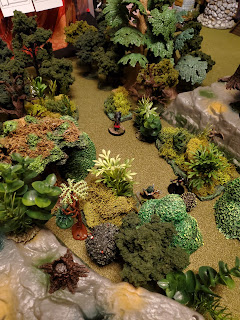 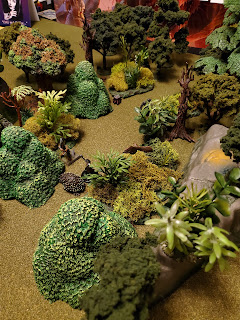 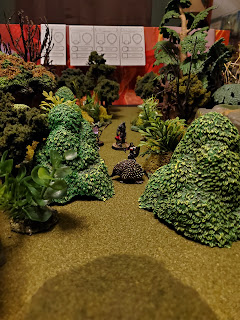 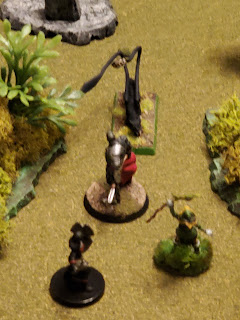 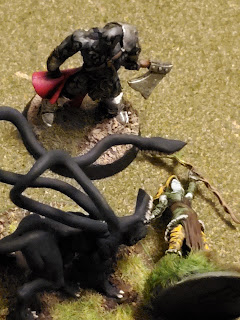 The players loved the terrain, that is until they realized they were being stalked by a pair of Displacer Beasts! Was loads of fun to see them worried about what might be hiding in every bush and tree! Through teamwork, strategy and sound tactics they defeated the beasts, nearly losing the druid in the final battle.
Posted by Brutorz Bill at 9:56 AM No comments:

Nice day for a drive! 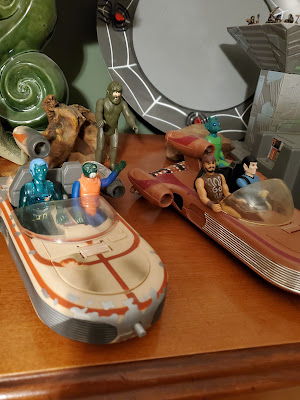 Hope everyone is having a great weekend!!
Posted by Brutorz Bill at 8:34 PM No comments:

We resumed our 5E game last night.  Lots of fun. 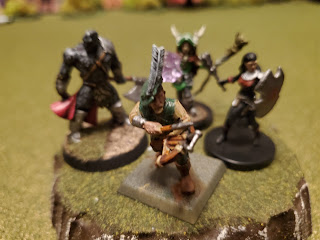 The party took a side trek. Prior to leaving town, an elderly lady asked Adria the Druid to check on a small farm and blacksmith out on the edge of civilization, the lady was worried that her daughter, son-in-law (a black smith) and 7 year old granddaughter hadn't check in in weeks. The party found the farm initially deserted, but soon stirred up a bunch of nasty giant flies. They were soon overrun by an assortment of giant nasty flies! With no sign of the family that lived there. 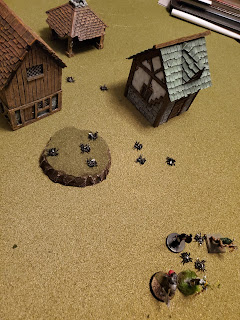 Bigger flies swarmed out of the barn! The party engaged in pitched battle, and things looked grim but through teamwork and luck managed to kill off the flies. 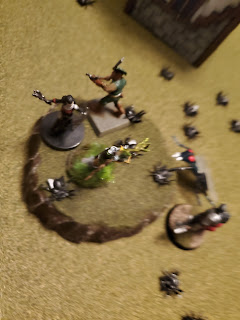 A large hole was found in the back of the barn going down into the ground! They thought they heard a little girl down in the hole...crying!! Aldebaran advised they leave! But the others especially the cleric would have none of that!

Exploring the tunnels.. trying to find the little girl led to the Orreg getting overwhelmed by Giant Maggots, while the cleric was engulfed by a swarm of Giant Maggot Grubs!! 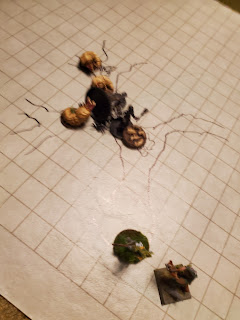 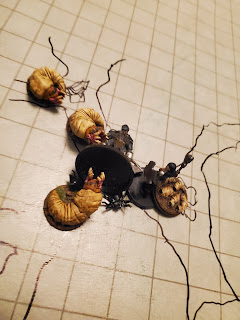 Orreg the Goliath and Sallouisa the Cleric of the Raven Queen go down, monsters munch, leading to failed Death Saves... things look grim!!!   (At this point I thought I was going to see two character deaths!)...

Fortunately Adria had finagled a healing potion from an apothecary while in town and used it just in time to revive Sallouisa, who then healed Orreg just in time to save him from death! Aldebaran and Adria joined the battle and the vile creatures were destroyed, but the cleric and sorcerer were diseased, Orreg and Sallouisa were badly injured...then a small girl with a dead lamb draped over her soldiers approached them from the dark tunnel...she clutched a doll... Aldebaran realized it wasn't a doll but something far more sinister!!!