Today my buddy Patrick and I were able to meet up at the local hobby shop, first time we have been able to get together for gaming since the pandemic started. Masks were worn and proper social distancing occurred.

Prior to the Pandemic we had been regularly playing Zona Alfa. 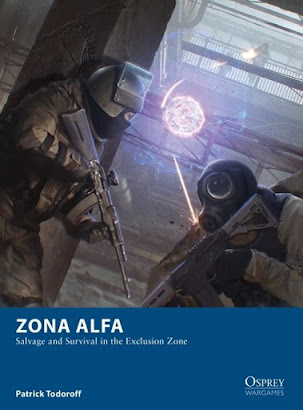 After 6+ months, I had about forgotten how to play, fortunately the rules are easy enough that we jumped back into it. I enjoy gaming with Patrick, he isn't a rules lawyer and neither am I, we are able to just go with what is fun and enjoy ourselves. I'm sure we did multiple things wrong, but we had a blast! I think it was one of our best games so far with Zona Alfa.

We randomly rolled up the mission from the tables in the book and then inserted our own spin on things.

Two teams were sent in to Retrieve/Rescue a rare Cryptozoological Speciman- Bigfoot! From the Zone.

Bigfoot had been located apparently trapped in the upper stories of a ruined building in the heart of a Yellow Zone, to make matters worse a Rad Storm was going to hit the place hard in 5 turns. So we only had 4 turns to get in, grab Bigfoot and get out! 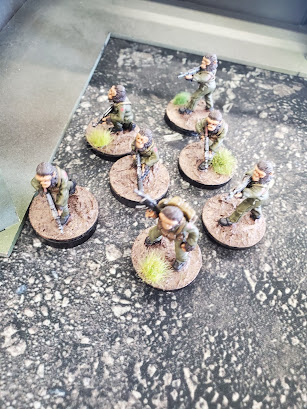 My team was my squad of Sovietski Simians, led by the veteran chimp Nikolai! Their training runs into the outer zones had prepared them for this mission. Patrick had a group of Mercenaries, with some rookie rednecks tagged on for extra cannon fodder...er I mean support. 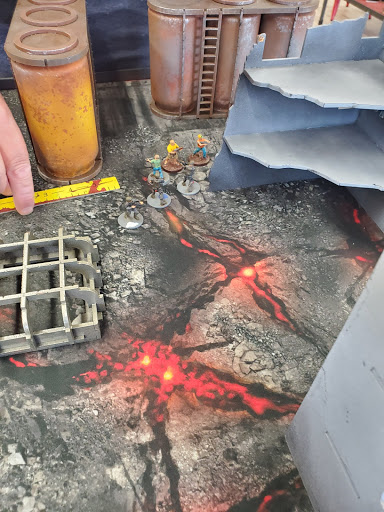 The Mercenaries move out into the Zone, a hot spot is nearby.

The target, Bigfoot, is deep in the heart of the Zone, who knows what dangers lurk within the ruins and rubble. 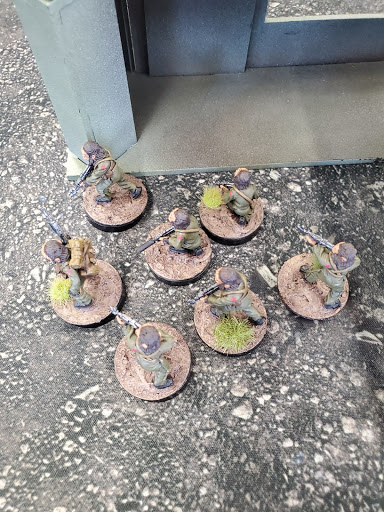 The Simians move out, they are determined to get to Bigfoot before the humans, Apes are superior to humans after all. 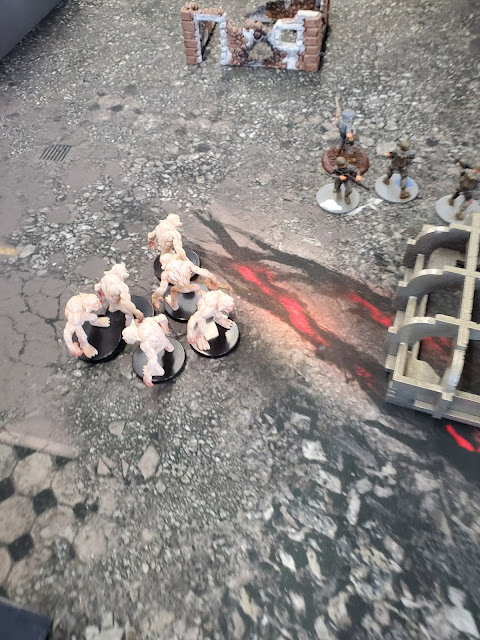 The Mercenaries quickly run into trouble as a pack of vicious ghouls rush out of a deep crevasse. 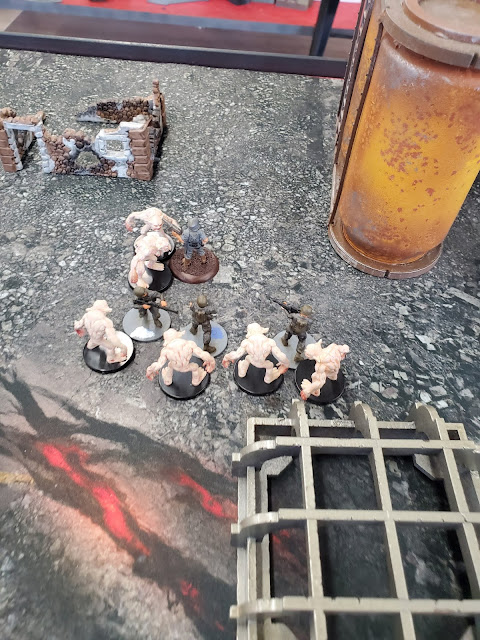 Melee combat is brutal, the ghouls nasty claws and bite attacks wound several of the humans who valiantly attempt to fight off the ghouls with their mag pistols! 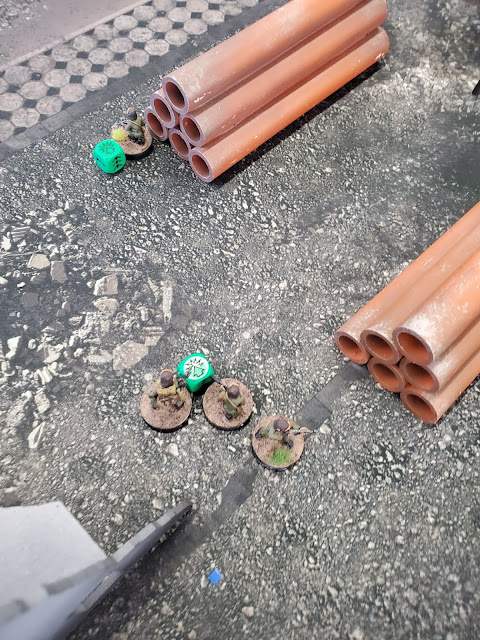 The simians move into the ruins heading carefully towards their objective, on the way the encounter a pack of feral dogs and obliterate the mangy hounds easily with their assault rifles. 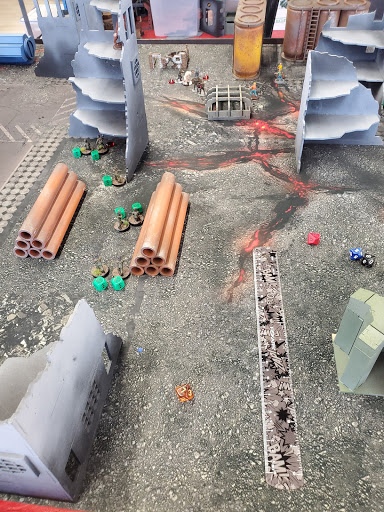 While the Mercenaries fight hand to hand with the ghouls, the simians reach the base of the ruined building, their objective is three stories above them. Another pack of feral dogs lurking in the ground floor of the structure is dispatched with the simians taking no injuries. The mercenaries, however, are getting badly bloodied by the ghouls. 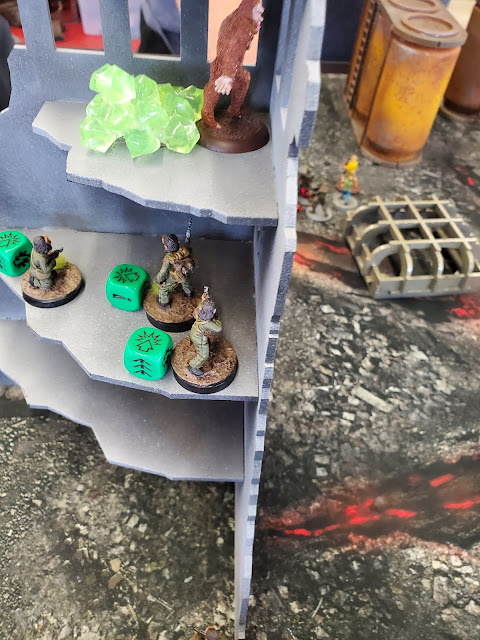 The simians reach the objective, while the mercs, though badly hurt defeat the ghouls. Sergei one of the Hardened Chimps makes his way to Bigfoot, only to trigger an ANOMALY! The weird alien energies are apparently what was keeping Bigfoot trapped in the building. Sergei attempts to make a will save and FAILS!! His mind is melted by the alien energies and he dies!! At the same time the mercs searching the ruins near where the now dead ghouls emerged also trigger an ANOMALY! The Veteran Leader of the crew, fails his will save and dies from the alien energies erupting from the anomaly.  A rookie braves the energies, makes his save and scores 5,500 worth of loot and gains a permanent +1 bonus to his wisdom!!  The next turn (turn 4) remember the Rad Storm hits soon! The Hardened Chimp Brekov braves the anomaly, makes his save and pulls Bigfoot from the ruin, also finding 5000 in loot and gains a bonus to his armor.  Brekov, moves his max with Bigfoot, and hands off the creature to Nikolai the veteran leader of the team, who uses his enhanced move ability to race off the board with Bigfoot before the Rad Storm hits!!!

All in all a great game! Please keep in mind we played fast and loose with the rules. Zona Alfa actually doesn't have bigfoot or simians! But why let that stop you!

Hope everyone is safe and well. 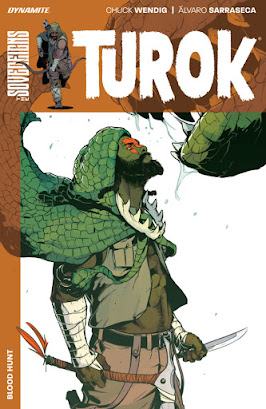 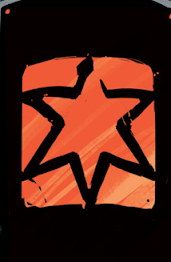