Just learned about this Kickstarter: 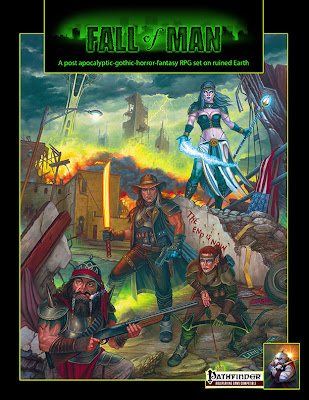 The look and sound of it reminds me alot of Rifts (and I mean that in a good way!), but with the Pathfinder system.  Hmm...  I've kept my Kickstarter participation to a minimum, and Warlords of the Apocalypse is still potential "vaporware" at this point, although I think Owen K. Stephens is honestly trying to get it out.  But this Kickstarter is tempting, plus it looks like there will be conversion notes for Castles & Crusades among other games.  This has spiked my interest!  The character classes sound pretty cool!  Asphalt Samurai!  Sweet! I may have to get in on this bandwagon!
Oh you can check out the Kickstarter HERE. 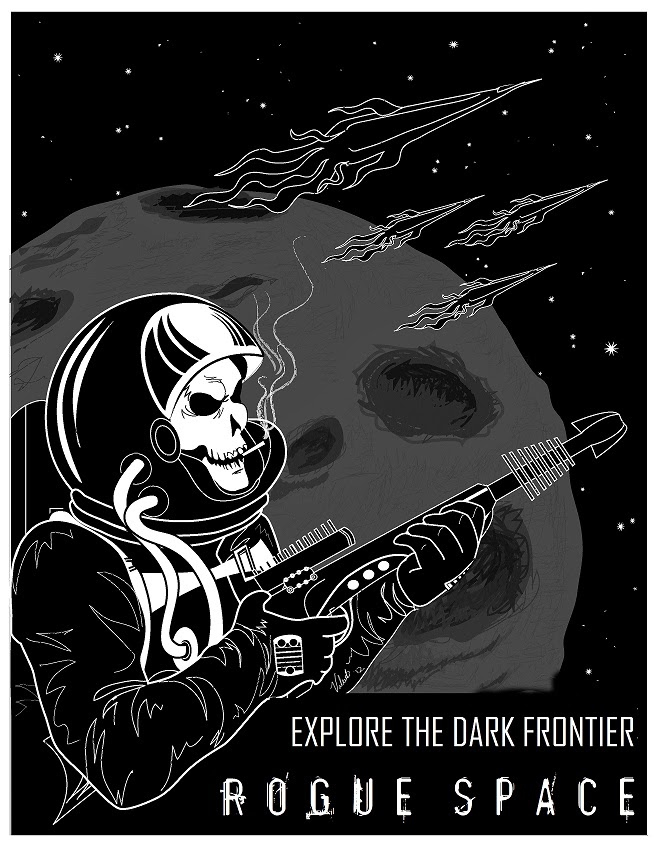 The updated and expanded edition of Rogue Space has been released!  Check it out by clicking on the above awesome image. This is a great rules-lite RPG. My understanding is that this edition hasn't really changed the rules from the original, but has added more options and cool stuff.  I can't wait to start exploring the Dark Frontier. 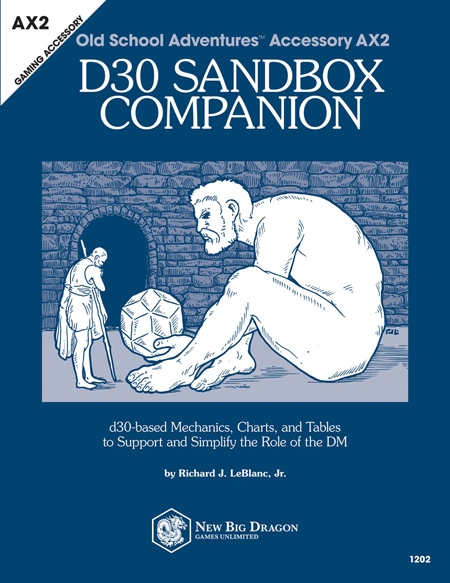 Special Thanks to  New Big Dragon Games and Tenkar's Tavern. I won a PDF copy of this very cool Sandbox resource!  I can't wait to dig into it and see what I roll up!!
Posted by Brutorz Bill at 6:02 PM 4 comments:

Not sure Sci Fi Sunday will be a regular feature, but I found these two pictures and thought they were just too cool not to share. 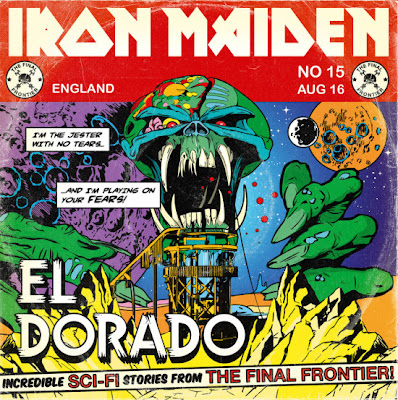 This one gives me lots of ideas for Sci Fi gaming, a forbidden planet named El Dorado, with an abandoned outpost, buried beneath the planet's surface is some alien horror that is hungry to be released upon your unsuspecting players! 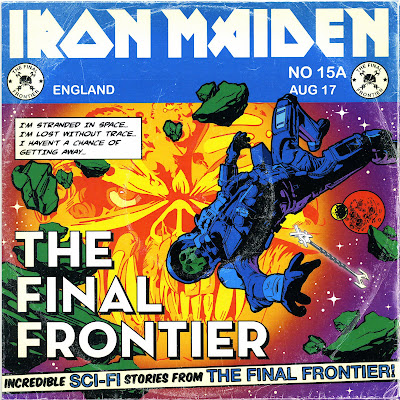 Here's the second one I found, both are album covers for Iron Maiden. Very cool! And full of ideas for your Sci Fi Games!

Check out my Buddy Needles Blog for a cool post about using Apes in your Sci Fi Games! 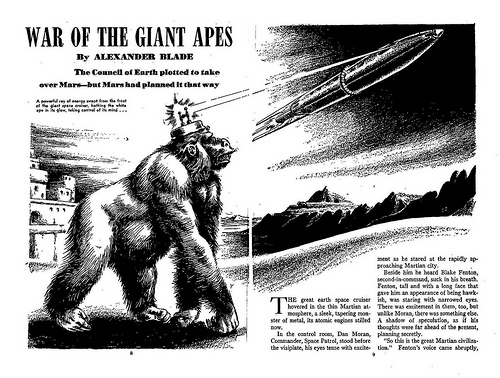 Hmmm also gives me some ideas for a wild encounter in Astonishing Swordsmen and Sorcerers of Hyperborea!!
Posted by Brutorz Bill at 11:56 AM 2 comments: