Just wanted to take a moment and say thanks Gary! 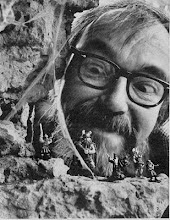 Posted by Brutorz Bill at 6:04 PM No comments: 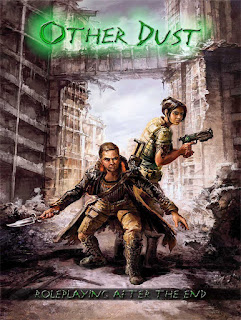 "Other Dust is a stand-alone, fully-compatible companion game to the free Stars Without Number sci-fi RPG. Within its pages, savage mutants, crazed psychic overlords, runaway war machines and the relentless decay of a shattered world all conspire to snuff the last few embers of humanity. Yet heroes remain among the scattered survivors, and their courage and will to defy the coming night might yet save their people from a waiting doom. Use the tools this book provides to rebuild societies, reforge their ancient bonds, and bring a new dawn to a thousand points of night!"
It's even on sale!
Posted by Brutorz Bill at 8:12 PM 4 comments: 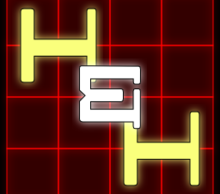 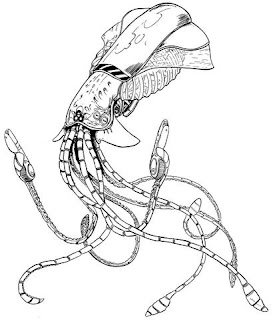 I gotta admit this has me intrigued.  I see it as fitting right in with X-Plorers, Stars Without Number, or the upcoming Starships and Spacemen RPG's. I may just have to contribute to this one!  : )
Posted by Brutorz Bill at 8:51 PM 3 comments:

The Return of Pathfinder Sunday

Well after a long hiatus from regular gaming, believe it or not we are returning to Pathfinder.  I tried to get some sci fi gaming going but wasn't getting any takers, I tried to get some OSR gaming going but no takers, I ran a couple of sessions of C&C which was fun BUT something just wasn't meshing for us, then someone mentioned Pathfinder, and I agreed to run it again.  I've got players coming out of the woodwork! I'm actually having to turn down players at this point cause I've got so many at the table.  We had our first session today, I think it went pretty good all things considered.  I'll keep ya'll posted on how it goes!
Good Gaming!
Posted by Brutorz Bill at 7:49 PM 5 comments:

Greetings!
I hope everyone is well, like most of the rest of the country we are caught up in this terrible heat wave; 107 degrees on the temp readout is not a pleasant thing (then add in the southern humidity and yikes!!!).  Our A/C went out, got it fixed, and only had to pawn one of the children to pay for it (just kidding about that part), and I've been battling a rough respiratory infection. With no rain to speak of our air quality has been really bad of late.  A Code Purple? Air Alert!!!?? Anyways I'm still alive (antibiotics are awesome).  Sorry for the blah info, just thought I'd do an update. Anyways there is some awesome stuff out for gaming!  And all the heat and such got me thinking of Post Apocalytpic stuff.
Other Dust should be out end of this month, so you can bring some more P.A. coolness to your Stars Without Number games! Woo Hoo!

The Mutant Epoch continues to turn out some great stuff.
The Pitford book is out and Tetsubo has done a nice review of it even if your not looking for a new rules set for your P.A. Games, I think you should pick up the Pitford book it is an awesome setting!!
Also they will soon be releasing a compilation of the Excavator Monthly mags into one big edition.
Here's the cover: 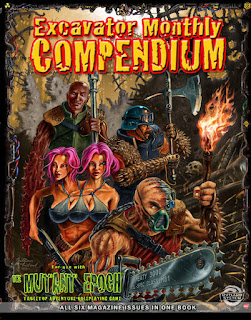 And the blurb...
Now you can get all six copies of Excavator Monthly Magazine in one book! Each article, relic, mutant beast, non-player character and other feature has been placed into categories within this hefty tome. Never forget a copy again. Both game masters and players of The Mutant Epoch role playing game can carry all the magazines in one handy book and quickly flip to any resource with ease.

Oh and I don't want to forget Skirmisher Publishing's ongoing series Wisdom from the Wastelands. I believe they are up to issue #15 now.  It's an ongoing series of articles directly for use with the Mutant Future game.