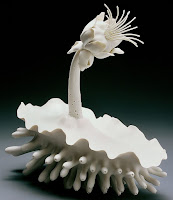 Posted by Brutorz Bill at 7:58 PM No comments:

Bras Hombre – Human, Warrior Gunslinger- he had grown up amidst the streets and gangs of Riot (Ree-oht), he knew the various gangs, their territories, their combat rituals and how to handle himself. He also knew not to cross the Arena Council that kept the big coliseum fights running and profitable. He had recently returned to Riot, after doing some "special" work with a starship crew.

Varlo Auten – Human Psychic – Pilot- another Riotian, his psionic healing abilities had earned him work healing up the gladiators injured in the arenas, then finding he had a knack for piloting, he spent some time flying the cargo vessels and other small spacecraft that connected the Thieves Worlds, under this strange "democratic" government run by the Thieves Guild.

Osric – Human –Adventurer Warrior/Psychic, Barbarian – newly arrived to Riot, he was from the distant primitive world of Bohemond. Definitely not a Thieves Worlder, but a fish out of water, having been driven off his homeworld due to a dangerous Warlord and his own emerging powers, he had to find his way in this foreign land, with technologies and cultures he only vaguely understood. He knew he needed allies and the understanding of his powers, if he was ever going to be able to return to his forested world of Bohemond.

Able- Uplifted Chimp Expert with a knack to fix most anything. He was from the nearby Thieves World known as Slough Feg, a failed terraform project, uplifted chimps were being used (forced) by the majority human population, to upkeep and maintain the life giving machines needed to keep everyone alive on the yellow mist shrouded world. Then there was the Ape Uprising a year ago...things turned ugly. The Chimps lost.


Four associates, some were friends, some had just recently met one another, found themselves here on Riot, in the famous Battle Tower, a site popular with the world's gladiators and arena fans . They had been told they had won tickets for a session in the Battle Tower's Danger Room. A high tech simulation room used by many of the world's gladiators for training and practice. Many would say they were lucky to have such a chance. The actual cost for such a slot would have been way beyond their meager means, not to mention the long waiting list to get inside.

They were in a large, square two story gray steel room laid out in a grid-like pattern. A robot droned on about how this facility was made possible through the technologies of Blacktron TransGalactic in cooperation with the Arena Council, through the generosity of the Thieves Guild..the robot stammered...static, droned on some more, rebooted itself then finished the introduction...the machinery had been through a lot over the years.  The room though functional had undergone hard use. Blaster marks could be seen on the walls, burn marks...weird stains.   They were told deaths never occurred in the danger room, well hardly ever...ok...not that often. The goal of this exercise? to stay alive, to recover the thing...what did the robot call the thing again?? A Hybrid Mergence?! And get the thing to the exit door. Simple right? All while being watched on vid screens in bars, taverns, and worse all over Riot. They could end the program anytime it got to rough, simply by saying the safe word/phrase..."we are wussies..wussies..wussies"… Able wondered aloud, "did the robot stutter or were they supposed to say wussies three times?"...no one answered...then the room shifted and the "introductory" exercise began. Someone muttered out loud,"I've got a bad feeling about this"...