Magic in your Sci Fi? 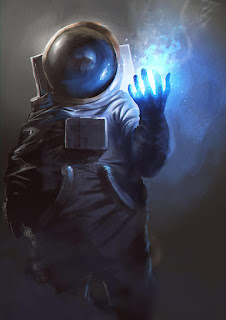 Well looks like I have a new gaming group in the works. We have decided to play Stars Without Number (Revised), I've wanted to run a SWN game for years, so this is exciting for me. A recent acquisition of mine is the Codex of the Black Sun (rules for adding magic to your SWN games).  Other than GMing Rifts and a long running Heroes Unlimited Campaign I haven't mixed Magic and Sci Fi together to any heavy degree so this should be interesting. Using the great GM tools in the SWN corebook I have the beginnings of a cool Sector. Sector Cabal Sigma is shaping up to be quite interesting. At this point it is fairly human-centric although there are some aliens present (some primitives and some advanced).  But I'm getting off topic... My thoughts as I work on this Sandbox for my players is how prevalent do I want magic to be in my setting?  I've read Starfinder and while it looks fun, I found the way they combined Magic and Technology to be illfitting. Rifts had its own wahoo (yet sensible in its own way) reason for the two to be present.  Codex of the Black Sun seems to have one option being Magic is based on some of the same principles as psionics in the SWN background. I am thinking about using this approach. Magic is "out there" but not commonplace. If I think of The Force from Star Wars as an analogy. I am thinking for my setting that magic will be more Rogue One (Empire Strikes Back) than Clone Wars...I intend to study the Codex of the Black Sun a bit more this weekend before our Session Zero next week.  Anyways, was curious about your thoughts and experiences regarding mixing magic with your Sci Fi?
I intend to try to post semi-regularly about this new campaign as it evolves/develops.
Take care,
B.B.
Posted by Brutorz Bill at 7:58 PM