More Simian Minis for your games! 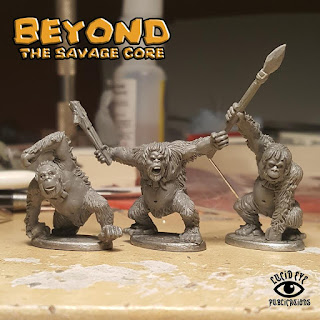 I know it is Sunday and not Simian Saturday..oops. But these look too cool to not post about.  Lucid Eye just posted about these soon to be released simians : The Curse of The Red Simians expansion for Savage Core!
I'm always on the hunt to add more apes to my miniature collection and these look great!
Posted by Brutorz Bill at 12:24 PM 2 comments: 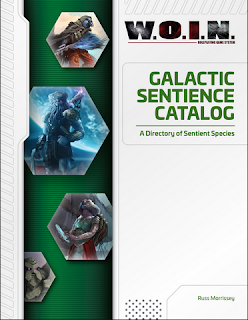 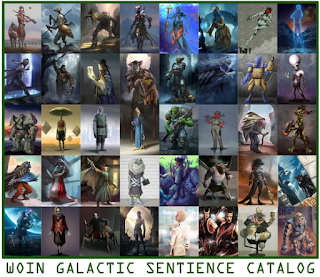 Posted by Brutorz Bill at 11:30 AM No comments:

I am terribly behind on my Stars Without Number Cabal Sigma Campaign updates.  Things are going great! It has been all I can do to keep up with the players wild and crazy moves, and great tactics! The players are having a ball and so am I! It is great to be running Sci Fi Space Opera after years of D&D.  Last night I did something crazy! Before the game my wife commented that it was William Shatner's Birthday! Happy 88th!  and I thought you know I need to somehow celebrate that in game tonite so I came up with this idea on the way to the game!
Some background...
The players had acquired (stolen) a starship last session, and we had not tried out SWN space combat yet! I knew they were about to "Spike in" to a system with known pirate activity! I told the players that since it was William Shatner's Birthday that for tonite and tonite only! The player acting as the Captain of their new ship could pull a one time Kobayashi Maru Maneuver! What this meant was the starship captain could elect to instead of rolling the required dice for an action (d20 or a 2d6) he could roll my d60 for that one roll for this session only!  Woo Hoo


They Loved it!  The players kicked the pirates asses and a merchant ship fleeing the pirates (that the party VERY MUCH needed to stop) would have escaped but the captain used the Kobayashi Maru Maneuver rolled a 29! and stopped the merchant ship dead in its tracks!
Great Game!
Happy Birthday (yesterday) William Shatner!

Posted by Brutorz Bill at 7:58 AM No comments: