Simian Saturday in the Land of Nod


A few Simian Saturdays ago I posted about some cool work going on over at the Land of Nod blog.  I'm excited to see that he is working on developing this idea some more! I think the Blood & Treasure RPG is an awesome game and tossing Apes into the mix is putting chocolate into my peanut butter!
I found this piece of awesome ape art awhile back and was saving it for the right occassion, I think this is it! 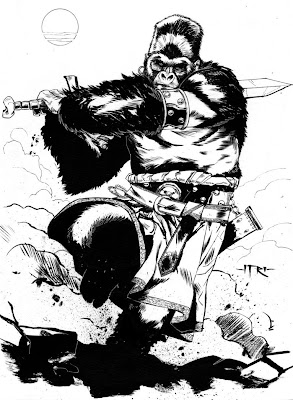 Now if I can just con...um cajole.. er I mean convince someone to run it so I can play a Gorilla Barbarian based on the above picture I'll be in business!

artwork is by Marco-Itri no copyright infringement is intended!
Posted by Brutorz Bill at 9:05 AM 2 comments: 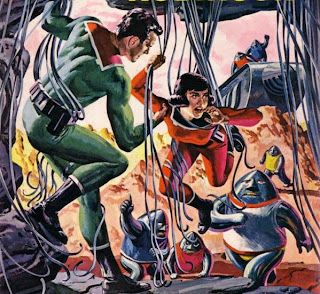 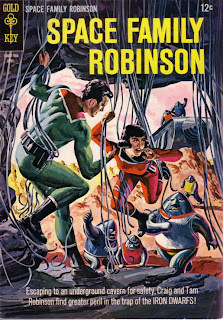 People Call Me the Space Cowboy!

I've been fiddling around with the hopefully soon to be released Machinations of the Space Princess RPG Draft rules, the Final Playtest Draft was just released this week.  It looks like it will be a fun Space RPG, I've got a few characters and aliens stat'd up, but after reading Lord Gwydion's post over on the What a Horrible Night to Have a Curse Blog, I just had to take a minute and do up a MotSP version of everyone's favorite Space Cowboy; Maurice! : )  Tip of the hat to Lord Gwydion and Steve Miller! LOL 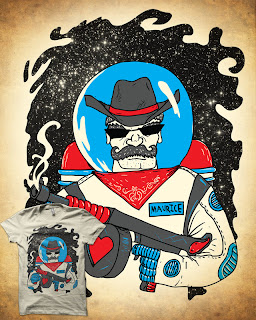 Maurice; aka The Space Cowboy, aka The Gangster of Love 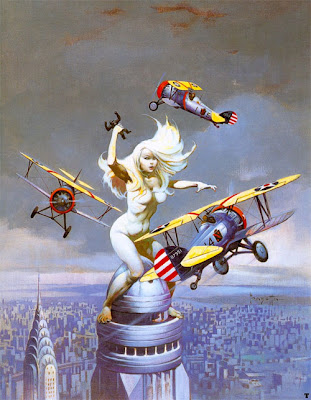 Have a great Weekend!
Posted by Brutorz Bill at 7:03 PM 1 comment:

Well I missed Simian Saturday, had to run errands with She Who Must Be Obeyed, so to make up for it how about a Sci Fi Sunday post!  These beasts may not appeal to those running hard sci fi campaigns but I like to have a bit of pulp in my games and under the right circumstances I think they'd be alot of fun. These do have a place in my Shattered Stars Campaign. I stat'd them up for the fun X-plorers RPG, but with minimal work you can use them with your OSR Sci Fi game of choice. Have a great Day! 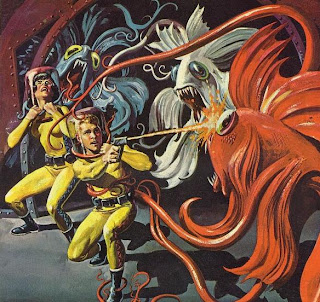 AC: 14
HD: 3d6
THB: +2
ATT: tentacles x 2/1d6 (+ see below)
SV: 17+
MV: 6
XP: 90
Special Abilities: Hold Attack (if both tentacles successful hit their victim, he must make a Physique or Agility Save, whichever is better for the victim, if he fails he is grappled and the Space Betta automatically inflicts 1d6+2 points of bite damage the following round and each round thereafter until the victim can break free, or is dead.), Optional Movement: Flying (can Fly with a MV of 8 in Zero G environments). Immunity: They are immune to the effects of Vacuum.
These tentacle, fish-like aliens are named for their passing resemblance to a species of ancient Terran fish,  Space Bettas are fearsome predators of the spaceways.  Through some unknown means they can survive indefinitely in the vacuum of space. Space Bettas are most commonly encountered in and around derelict space stations, abandoned spacecraft and various asteroid belts.  It is believed that they originated from somewhere in the Nega-Zone, and it is said that they can still be found there in great numbers.  They have voracious appetites and will attack, kill and eat any living prey they encounter.
Oh and I've been playing around with the Rough Draft rules for the upcoming Machinations of the Space Princess RPG, here is how the Space Betta would be stat'd up for MotSP per the draft rules.   MotSP Stats (Machinations of the Space Princess)
Close Defense: 12
Ranged Defense: 12
Armor: Scaly Hide (1d4)
Hit Dice: 3 (13)
Initiative: +1
Movement: 10m per rd., Flight 20m per rd.
Attacks: 2
Damage: 1d6 +1
Saves: 5
Traits: Sealed-System (can survive indefinitely in a vacuum), Tentacles (grapple attacks are +1 to hit & damage), Flight (20m), Extra Action

Here is the original cover which I based these beasties upon. 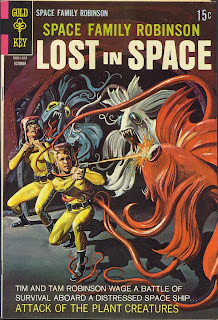