HD 5
AC 14
Atk Sting (1d4 + poison II) Fiery Spittle 2d6
MV 20 (Fly 60)
SV F 10, R 13, W 13
Special Qualities: Immunity Fire
XP 600 (CL 7)
Dragon Wasps are a highly dangerous species of Giant Wasp, in addition to the abilities of normal giant wasps the Dragon Wasp can release a 10' flaming spittle 3 x per day (2d6 damage, Reflex save for half damage). Dragon Wasps are immune to fire, but their nests are not. Their eggs secrete a chemical pheromone that triggers a restraint in the Dragon Wasps which keeps them from accidentally burning up their own nests. Certain native tribes have learned this and coat key structures in their villages with this chemical (it is hard to obtain/produce so only critical dwellings usually have this protection). Dragon Wasps must make a Will Save to overcome the urge to use their flaming spittle when attacking these specially treated native dwellings. Dragon Wasps avoid cold climates and are usually only found in tropical regions.

Oh and these should work nicely for your Mutant Future games too!  : )


Based on the 2012 SCI FI TV Movie Dragon Wasps, no copyright infringement is intended.
Posted by Brutorz Bill at 11:19 AM 2 comments:

Here's a little spell I thought of while working on another project, you can use it for Blood & Treasure or OSR system of your choice.

Level: Cleric 1
Range: Personal
Duration: Instantaneous
Material Component: Incense worth 15 gp
The 8-Ball Augury is a lesser version of the Augury Spell. Upon casting this spell a d20 is rolled and the below table is consulted. The answer/words will appear within the smoke from the incense.

I saw some folks talking about bringing Magic 8-Balls to their games over on the DCC forums and thought this would make for a fun low level spell.  I got the above list off of Wikipedia.
Posted by Brutorz Bill at 7:18 PM 1 comment:

My best bud Tormentor Rocks! He sent me a surprise Christmas package with some great Prog Metal including a band I'd never heard of Orden Ogan.  I found a video for one of their songs, very cool and with a nice Post Apocalyptic vibe to it!
Enjoy!

My brother got me some Lego goodies for Christmas.

I know what I'll be putting together later! Woo Hoo!
That led me to doing some poking around on the 'net and I found some upcoming releases for 2013, I came upon a new line called Legends of Chima.
Can you say MUTANT ANIMAL LEGO MINIFIGS!!!! 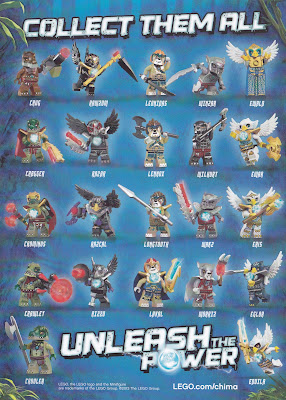 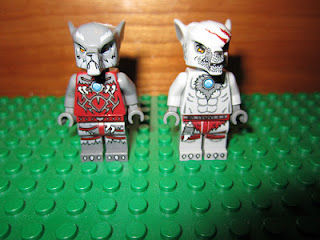 These look straight out of an old issue of Kamandi or from a Thundercats Cartoon!
Needless to say I see some cool potential for this line at the game table, forget 28mm lead minis I'm using Legos!!  Now where did I leave that instruction manual for the old Lego Yellow Castle set that I still have most of the pieces for.... 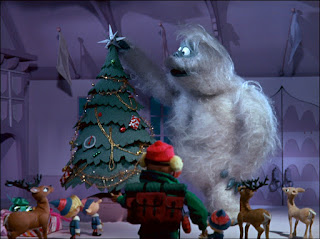 Warlords of the Apocalypse is back on Track!!

I've gotten some really interesting emails in my inbox the past day or so.
To sum it up Warlords of the Apocalypse, that Post Apocalyptic RPG using the Pathfinder rules that was supposed to come out a few years ago but didn't has been picked up by another company for release, and not just any company... Super Genius Games! They put out some great product IMHO so this should be good!
The Field Guide to Doomsday blog goes into more details.
And here I was saying I was going to hang up my Pathfinder GMing hat... LOL
]Oh well never say never. 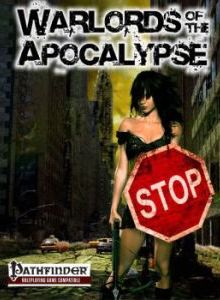 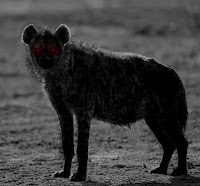 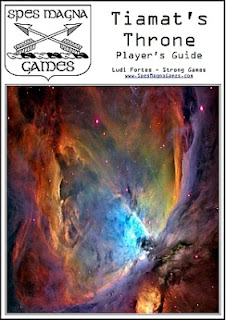 What's this a post from Brutorz Bill! Woo Hoo!
And just in time for Christmas some new 28mm Ape minis for your stocking!
Just released from Aintsy Castings 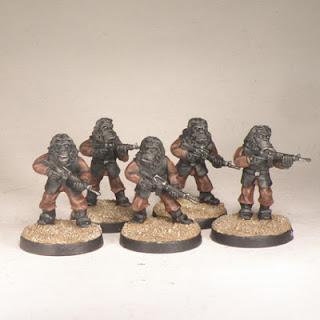 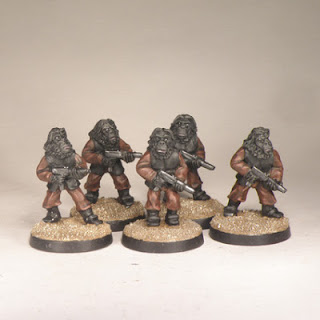 Posted by Brutorz Bill at 10:25 AM No comments: