Orphaned a decade ago when his parents, the rulers of the land, were slain in an ambush staged by mutants in the service of the foul wizard Mordek who sought their kingdom for his own, Wulf has spent the last ten years training for the day he would return to claim his birthright. Saved by the loyal warrior Stavro, he is taken out across the wastelands to a distant city, to hide from the wizard and to train! Years later his mentor Stavro is killed by a fearsome mutant known as The Grinner. This mutant an enormous bestial warrior, is the same one that killed Wulf's mother 10 years earlier, Wulf slays The Grinner avenging his mother's death, reclaims his father's sword from the beast; it is a relic of the ancients, and begins his long awaited trip home. As Wulf makes his way to his distant homeland he encounters many obstacles along the way….

Please note Wulf could very easily be slightly tweaked to fit in a fantasy setting, such as Labyrinth Lord. In fact the original comic is actually fantasy oriented, I've just been on a Mutant Future kick and wanted to give Wulf a more Thundarr twist. -B

Wulf the Barbarian is from Atlas Comics © 2000, 2002 Gemstone Publishing Inc. Used with permission. 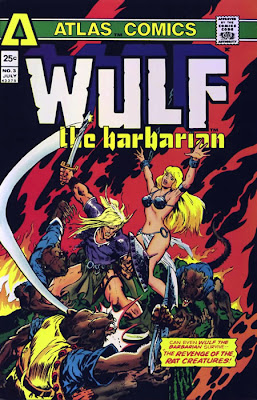 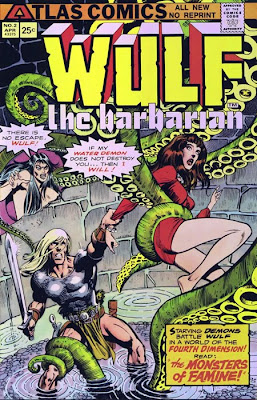