Edward Featherstone Green
Colonel Green was the founder of the Purity Movement, which slowly took power in key positions in the Western World and according to some scholars led to the events that caused World War III. The Knights of Genetic Purity can trace their early ideals and founding to this pre-war organization.


Quotes
"Overwhelm and devastate."
"We must reject the impure and cast it out."
"This is not a time for timidity and second guessing. We cannot afford to doubt ourselves."
"To be human is to be pure."
"Men don't talk peace unless they're ready to back it up with war."
"History tends to exaggerate."
Green is famous for attacking while in the midst of treaty negotiations.

*Please note, Green is seldom, if ever, going to put himself in any real danger, that's what his minions are for! And if he's hooked up with the KGP, they will fight to the death for their founder/hero!

So, how do you use this guy in your campaigns you ask? Simple I envisioned him being still around after the apocalypse. Given his cunning I can see him having several contingency plans in place and going into stasis when everything hit the fan. Locked away in some hidden military vault awaiting to be awakened or maybe he has already been awakened and is putting together an army. If today's KGP could find him, they would no doubt serve him in all out war against mutant kind. Green is nasty enough to even work with Zora; hoping to cook up some bio weapon to kill vast swathes of muties, course he'd kill her first chance he got, not that she wouldn't return the favor in spades! -B

Symbol of the Purity Movement 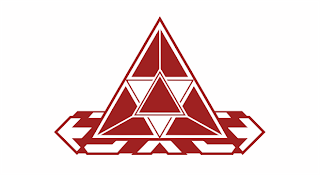