I haven't been posting much this week, work has kept me pretty busy.  But I wanted to mention a cool campaign setting I picked up awhile ago for Savage Worlds. 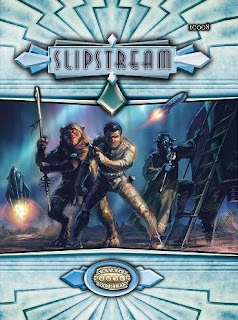 It is not a hard sci fi setting by any means, it is instead a retro-sci fi setting (a la Buck Rogers and Flash Gordon).  With these rules you can play out Flash Gordonesque adventures in a big way!  I particulary like the alien generation rules.  Allowing you to work up your own interesting races for the setting. Although it has several included (Hawkmen, Robot Men, Space Amazons).  It has a plot point campaign adventure path, but it's quite easy to work up your own stuff as well.  I haven't gotten to play it yet, but it is definately cool.  I recently picked up Savage Worlds Mars (during the Adamant's awesomeThanksgiving $1 Sale ), I'm thinking I can definately use stuff from it as well. 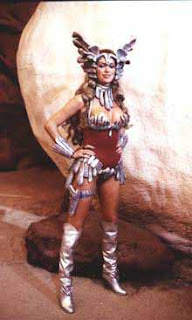