"By the Hammer of Thor!" (Cryptic Alliances for Mutant Future) 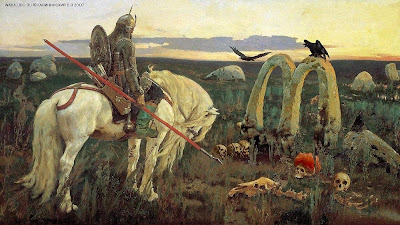 
Thorites are a cryptic alliance of pure strain humans that revere the ancient Norse gods, principally Thor. Over the years they have come to be referred to as "Thorites" a label that they wear with honor. They look forward to the eventual return of Thor, the Norse god of thunder who will lead his chosen people out of the lands of Ragnarok across the Great Burning Bridge and into Valhalla. In the meantime they are to prove themselves worthy by engaging in trials of combat with their enemies. Different groups have different rituals and differing outlooks within this overall concept. They tend to wear garb and armor that would fit in perfectly in the Viking Age. Most Thorites bear a black hammer symbol somewhere on their person, often in the form of an amulet. Many also have this tattooed somewhere on their bodies (usually their upper right shoulder). 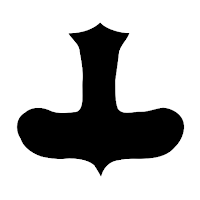 One might assume that Thorites get along well with the Knights of Genetic Purity. Being a pure strain human organization as well, however this would be an incorrect assumption, Thorites, actually tend to be distrustful of the KGP seeing them as relying too much on ancient technology and not relying enough on their own martial prowess and abilities. While Thorites will use weapons of the ancients, they prefer melee weapons, especially warhammers, mauls and sledgehammers. Also Thorites see the KGP as dishonorable; the KGP will kill innocent mutant women and children for genocidal purposes. Thorites do not do this, seeing it as unworthy of a true warrior. As the trolls of Asgard have their purpose, so to do the Mutants of Midgard. Thorites have no deep hatred of mutants, although they will battle any who cross them mutant or otherwise.

Please note this write-up is in no way meant to be a take on the real-world religion of Asatru, my write-up is based on the Thorites as depicted in the old X-Men 2099 comic book series by Marvel Comics.
Posted by Brutorz Bill at 10:27 PM