In case you couldn't tell from my blog I love comics.  I used to collect them regularly.  That is until they priced them out of my ability to purchase.  Being an old grognard I can remember when comics cost .35 cents each.  So when they went to $3-4 bucks or more and you have to buy several over different lines to get the whole story, I just couldn't afford to keep up.  I do on occasion pick up the trade paperbacks or compiliations.  Anyways yesterday I stopped at my local FLGS (I pass it on my way home from work), and went inside to see what new stuff they had. My FLGS is also a Comic shop, actually it's really more of a Comic Shop than a game shop, but I digress..anyways I happened to notice box after box of comics for .25 Cents!  So I started digging through them.  I found several issues from the Marvel 2099 series from the '90's.
Picked up a whole stack of them for dirt cheap.  I felt like a kid in a... well a comic shop!
Now these stories aren't ground breaking or blow you out of the water exciting, but I've gotten several ideas for NPC's, areas and groups for my Mutant Future games.  Alot of the stuff would probably fit in better with a Cyberpunk Campaign or some such, but for 25 cents I can't complain.
Now I'm just gonna have to use the Sisterhood of the Howling Commandments in my game at some point, I mean Nuns with Guns!  How cool is that?!
In no particular order, and not showing all that I picked up by any means here's some covers of some of the comics I picked up. 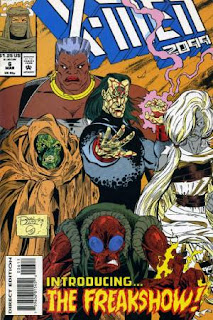 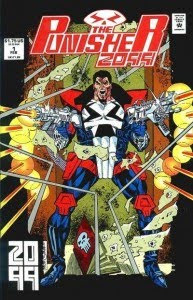 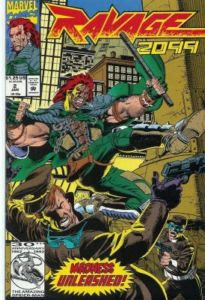 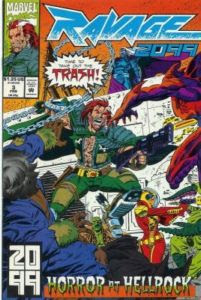 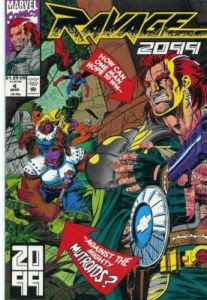 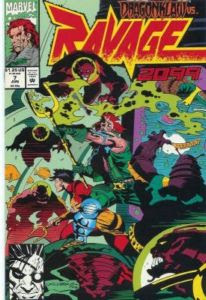