Last night when I should have been studying, I instead watched the 2008 Post Apocalyptic/Zombie(?) movie The Vanguard on the Sci Fi channel, I refuse to call the channel by its stupid new name. Thought I'd talk about the movie a bit in my blog.  First off it is clearly a low-budget movie, which is no biggee to me, some of my favorite movies are low budget affairs. I won't go into any spoilers here, suffice that there was a big war (East vs. West or maybe it was West vs. East), the oil has pretty much all been used up and there are these genetic beasties (Zombies?) called Biosyns roving across the countryside, oh and The Corporation is out screwing over everyone (hey that sounds like my company).  The start of the movie has some good scenes and the central character Max is truly viscious with an axe, but after the first arc to the story the movie just seems to go all over the place.  Plot holes are everywhere and several times I just went "huh? did I doze off and miss something cause this makes no sense?"  In spite of this, the movie has a few entertaining moments and you might be able to glean some ideas for Mutant Future or similar grim and gritty P.A./Zombie gaming.  I wouldn't pay big money to see it or for the DVD but you might find something of use to it for a rainy Saturday afternoon viewing. 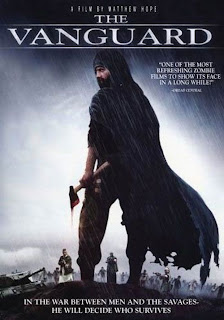