The Feathren : A New Race for Mutant Future

Mutations: Complete Wing Development (due to their hollow bone structure they can still fly even if they weigh up to 200 lbs.), Increased Vision, Frailty (Hollow Bone Structure, takes +1 point of damage per die vs. blunt force trauma), Ability Boost (can swap Ability Boost for one Random Roll on Mental Mutation table, if a defect is rolled it must be taken).

The Feathren are a race of mutant humans that have some avian-like traits. Namely feathered wing structures extending along their arms from their wrists to their shoulders, with some variation to these from individual to individual. These feathers are usually black or red in color but can be of any coloration normally found in nature (and some more mutated specimens have reportedly had even more exotic colors). Their skin coloration runs the full gamut of what can be encountered amongst normal humans.  Outlooks and attitudes are as variable as their human ancestors, but most Feathren communities are relatively peaceful and seek to live in out of the way high places and avoid mutant and humankind alike. One word of caution, many Humans and mutants refer to the Feathren as Bird Men, they consider this to be an insult and refering to them as such is highly discouraged! 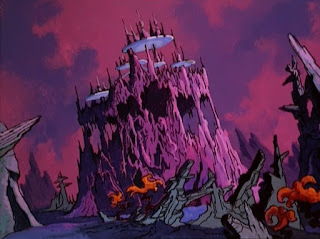 Feathren make for highly valuable scouts and messengers and are sought out for this purpose by other races.  Their perfect suitability to this lends some credence to the common theory among many sages that the Feathren are in fact a genetically engineered race and not the result of random mutation.   Amongst many Feathren communities a rite of passage to adulthood is for a young male Feathren to leave his community and go out among other races and live for a time (usually 1d4 years), learning their ways and bringing back whatever knowledge and technology/loot was gained during this time. 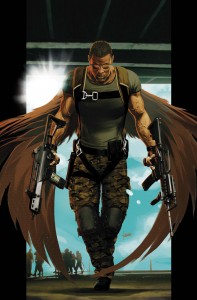 Feathren are not opposed to using the technology of the ancients, but due to their wings and their desire to not have their flying abilities hindered they are selective about what they will use/have in their possession. Some Feathren; champions in particular have specially created retro-engineered jet packs to aid them in their speed and carrying ability. These packs are also helpful to those older Feathren that may have "put on a few pounds" and would be otherwise too heavy to fly effectively. A young Feathren sent out to prove himself will never have one of these packs, and even among Feathren champions they are quite rare.

The Feathren are based on several sources: DC Comics: Black Condor, Marvel Comics: The Falcon, and MotU: Stratos
No Copyright Infringement is intended!
Posted by Brutorz Bill at 6:02 PM