Today I got to combine several of my favorite things into one great big concoction of awesome!
I recently picked up the tabletop skirmish game Zona Alfa. 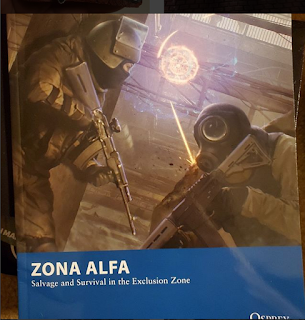 A very cool, rules lite tabletop skirmish game. Set in the Exclusion Zone!  Imagine something along the lines of the Stalker video game and you are close!
So Post Apocalyptic = Check!, 28mm minis = Check!, Soviet Era weapons and gear = Check!
Next I decided to toss in another element that I am a huge fan of! That is where the SIMIAN part comes in!! While Simians aren't an official part of Zona Alfa, you can use whatever minis you think fit your game. So, I decided for my crew to be 28mm Soviet Simians! That's right I have a crew of AK-47 toting apes!
Here is the crew's veteran leader Nikolai on the edge of the Exclusion Zone getting his marching orders from an Elder Communist Party Orangutan. 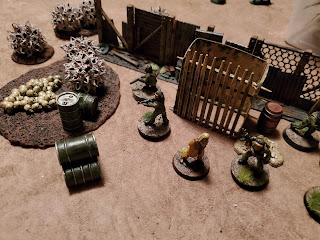 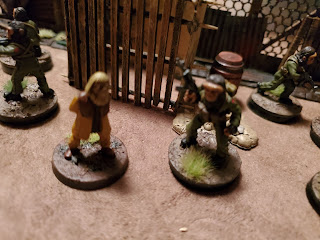 Orders received, Nikolai gathers his crew and prepares to head into the Exclusion Zone! This will be a "light" mission, recover some data from a cargo crate hastily dropped from a transport aircraft. Near the edge of the Exclusion Zone...should be a piece of cake right? 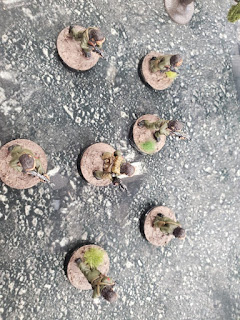 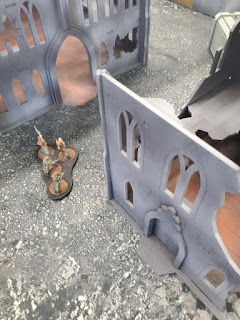 This will be a test of the Soviet Simians abilities, as such they will be collaborating with another crew, a group of Russian Special Forces, an all female unit of experienced Zone Veterans. 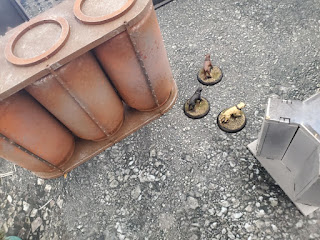 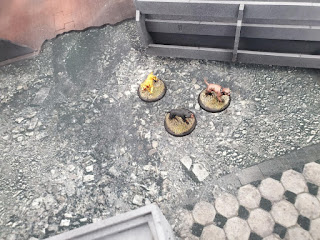 Packs of vicious feral dogs are scattered in the mission operation area. 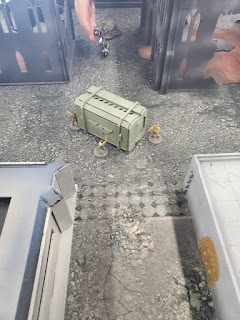 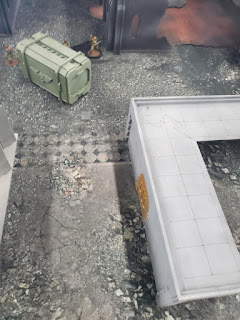 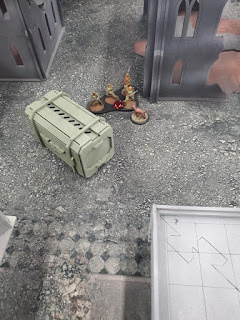 The zombies are quickly dispatched, as are most of the feral dogs, however, the veteran crew leader is injured! 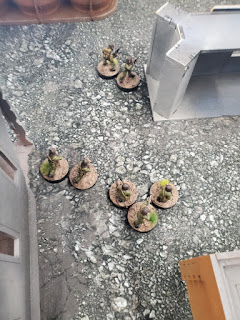 Thanks to the gun skills of the simians and Nikolai's leadership skills, the simians are able to assist the Russians into recovering the data. 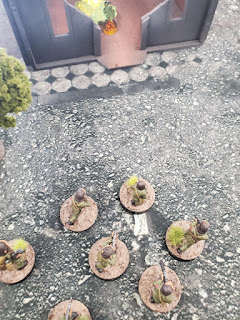 However, upon withdrawing from the area, in a nearby ruin an Anomaly is triggered!! This could be bad!! 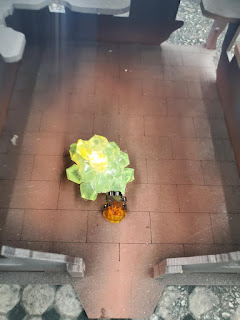 Two Simians are fried by the anomaly!! This is bad!! 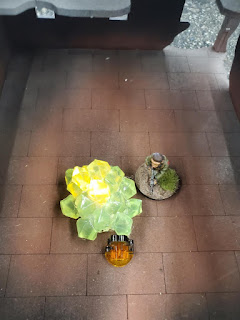 Success! Usurov braves the energies of the anomaly, in spite of his two other ape comrades now "Out of Action" he finds a wealth of loot and the endeavor improves his Will to continue braving the dangers of the Exclusion Zone!
The collaboration between the veteran Russian Crew and the Soviet Simians proves successful, and good bit of loot is acquired and in spite of the two injured apes, the mission is considered a success! 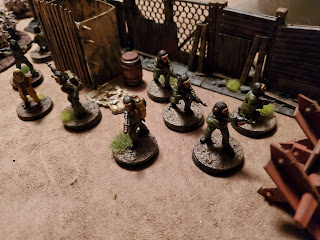 New tech and gear in hand, Nikolai is debriefed, and the intelligence gathered from this mission into the Exclusion Zone has provided leads for other opportunities. The collaboration with the Russian ladies, was helpful...but can the humans be trusted?? and more importantly should they be trusted?...only time will tell..