And Now Back to Savage Worlds...

With the recent announcement about Savage Worlds Rifts, I pulled out my copy of the Savage Worlds Deluxe Explorer's Edition, along with the few other Savage Worlds books that I own. I thought it would be a good idea to refresh my knowledge of the Savage Worlds system and maybe start working on building a Campaign. The Rifts edition isn't due out until Christmas, and I know delays may happen, but with my schedule being so crazy with real life obligations and such, starting sooner rather than later, is probably a good idea. 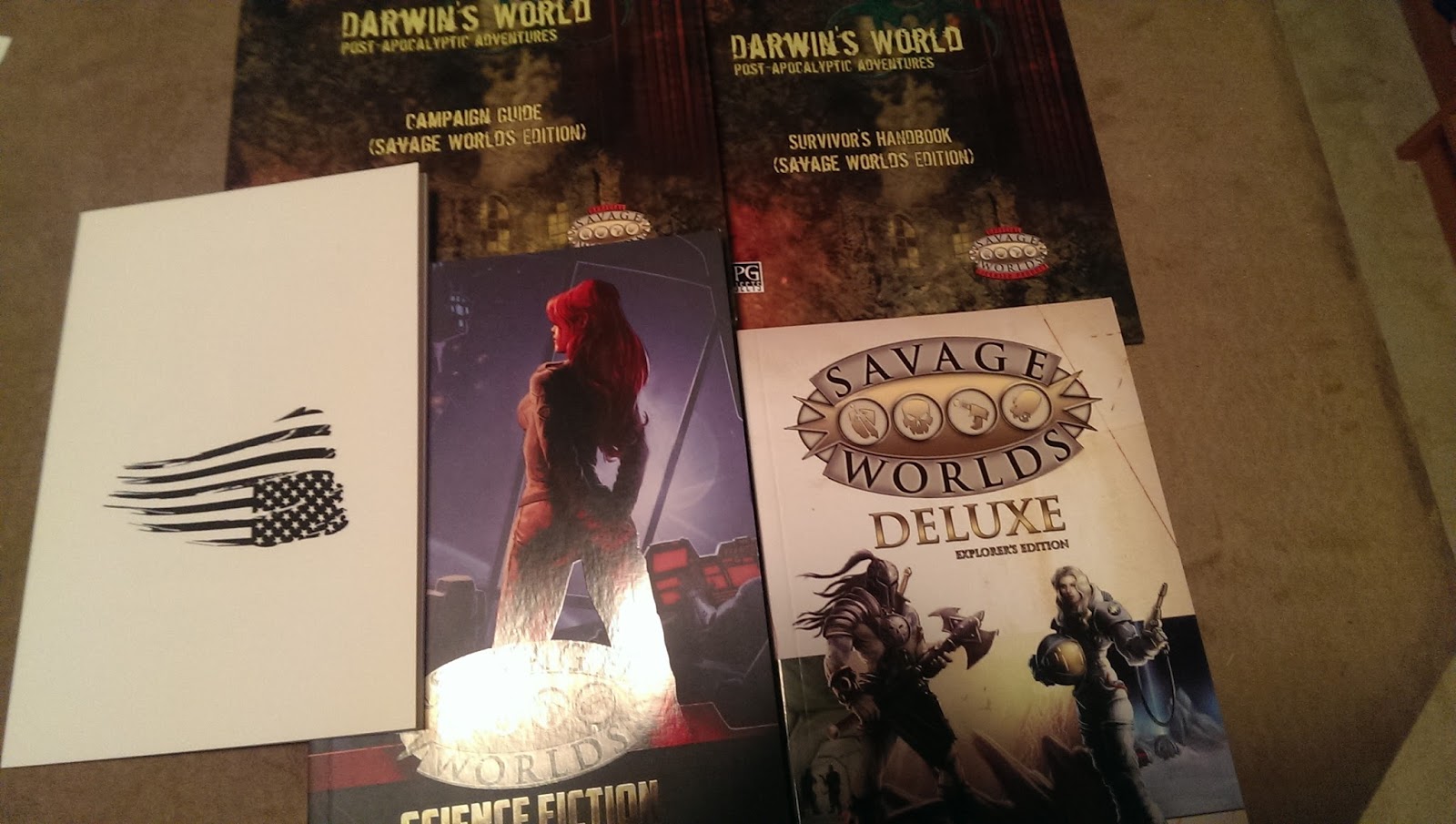 At one time I had a few other Savage Worlds books, but this is my current collection. I just picked up the Sci Fi Companion this week and am still reading it over.  The Darwin's World books are from an earlier edition of Savage Worlds, so I may have to do a bit of conversion work for those two (anyone know of a conversion document that updates stuff to Deluxe?, I think Guts was one of the bigger changes).  The white book with the upside down flag is Planet MF'er, a damn cool book with some jacked up stuff in it. I can see a fun campaign with just this collection of books.  : )

With all the cool Sci Fi stuff coming out  this summer and fall; movies, T.V., etc, I may try to run some space opera stuff this summer to prep for the awesomeness of Rifts. Trey's  Strange Stars is a great system neutral sourcebook, and Mike over at the WrathofZombie blog has been doing some great Savage Worlds conversions!  And if I need to throw some Marvel aliens into the mix, my buddy Giles over at the Worlds Galore blog has been posting a bunch of cool Savage Worlds write-ups, Thanos anyone?
Anyways just a random Sunday afternoon post.  Hope everyone is having a good weekend.
Now back to the books!