I was able to get some gaming in today.  Myself and a few friends (old and new) were able to get together at the FLGS.  I had planned on running the D&D Starter Set adventure, but my copy hadn't arrived yet.  Work has been busy, so I didn't really have time to put anything else together.  So I grabbed some books on the way out the door and we just rolled with it! Since I've had great success in the past running Mutant Future pick up games and one of my players is a big Thundarr the Barbarian fan, that's what we did. 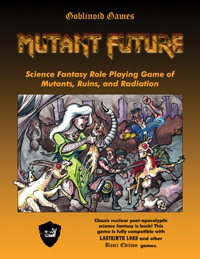 I did shake this session up quite a bit though.  : )
I grabbed my copy of The Islands of Purple-Haunted Putrescence 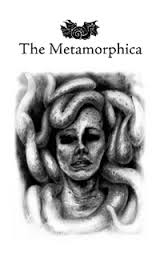 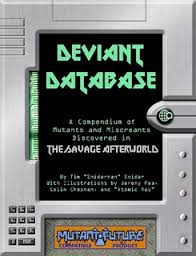 And my gaming binder full of random notes, charts and tables. Oh and I also grabbed my print out copy of the new D&D Basic Rules : )
We had an awesome time!!  It was a hybrid game using Mutant Future as the core with some D&D 5E rules tacked on. The players were a bunch of miscreants, outcasts, and criminals sent into exile to the Islands of Purple-Haunted Putrescence.
They started the session with crap for gear (randomly rolled) locked in the ship's cargo hold with other dredges on the rust-bucket ship the S.S. Sludge-Minnow.  Captained by Groll The Hunchback and his first-mate the obvious android Robort the Hook, along with a crew of irritable Pig-men.  They were crossing the Slime Sea to be dumped on the Islands.  It was a Wild & Wahoo Gonzo game, that I won't soon forget and I mean that in a good way.