I was reading over the new D&D Basic rules this evening, putting off doing my paper, and thought I'd try something different.  I don't have much experience with the new D&D rules yet, and have never made up a vehicle for any RPG, so I figure what the heck, lets see what I can do...
I want my next D&D Campaign to be different, yesterday's Gonzo Mutant Future Thundarresque game, reminded me how much I like throwing crazy things at my players, so for my next D&D Campaign I've decided to not go the traditional vanilla fantasy route.  Nothing wrong with Tolkeinesque Campaigns, but I want to do something different, and I think the new D&D rules will do the ticket. I want some weird tech in my game, laser pistols, renegade robots and more, the old card art from He-Man and the MotU came to mind.  I stumbled across a crazy looking vehicle from He-Man and figured why not...So without further ado I present the:

Doomcopter  (aka Skullcopter)
AC: 16 (The pilot gains a +5 to his AC;  three quarters cover)
HP: 30 (at 0 the vehicle must make an emergency landing(i.e. crash landing, at -30 the craft is destroyed)
ATK: Chomp Attack 2d6+3, Grappling Chomp (with a successful chomp attack the pilot can attempt to make a Grapple with the massive jaws on a failed Dex save vs DC 12 the victim is caught in the massive jaws),  Rip-Rotor (See Below)
Crew: 1
Speed: Flying 200 Max Speed/100 speed when "carrying" a victim in its jaws. 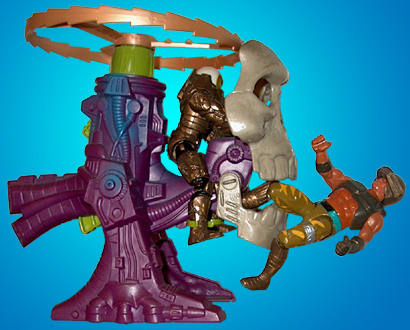 The Doomcopter is a frightening one-man helicopter powered by eldritch necromantic energies best forgotten.  What it lacks in durability it makes up for in frightening aspect.  The front of the craft is a giant skull that can glow with an eerie green energy.  Upon seeing this glow, foes must make a DC 12 Wisdom save or  suffer the Frightened condition as detailed below.  The Frightful glow effect does not work in daylight conditions and can only be activated for 1 minute at a time (Recharge 5-6). 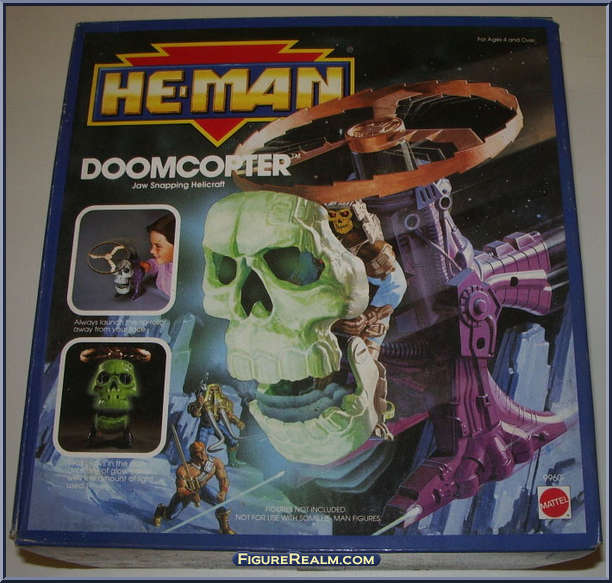 Frightful Presence- A being or creature that starts its turn within sight of the glowing skull must make a DC 12 Wisdom saving throw. Failed Save: the  target has the Frightened Condition for 1 minute; while frightened the affected creature must move away from the Doomcopter.  As an action, the frightened target can make a DC 14 Wisdom or Charisma check to end the effect.  Successful save; the target is immune to the Copter's Frightful Presence for the next 24 hours. This immunity also applies once the effect ends.
Damage Resistance (Necrotic)- Powered by Arcane Necromantic Energies, the craft and its pilot  gain resistance against necrotic attacks.
Rip-Rotor- As a last ditch attack the rotor blades can be launched at a foe (Range 100/400) on a successful hit does 4d6 slashing damage, doing this will cause the vehicle to crash! 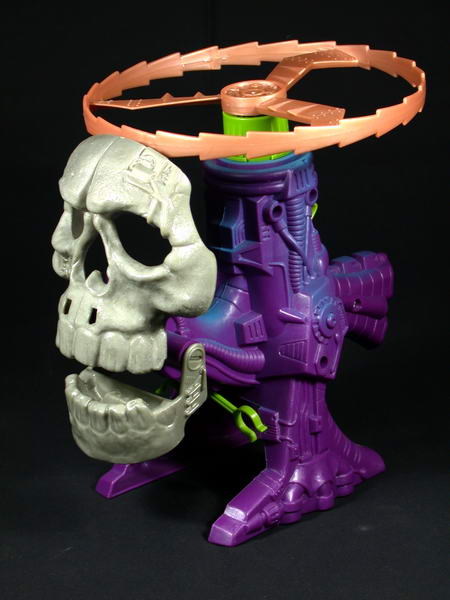 I will no doubt tweak this one down the road, when the DMG and MM come out I will have a better handle on things, but for my first test run err.. I mean flight I kinda like how this turned out.
Good Gaming  -B.
Posted by Brutorz Bill at 5:02 PM