Ok, I've played with this a bit more and am liking how it is progressing.
Independent Colony- self sufficient
Colony = 1 main compound with several smaller outlying towns, forts and outposts.
50,000 colonists total on planet
Colony Alignment: Unprincipled – Hardworking people who mean well and try to do the right thing, but they tend to be focused on survival of the colony above all other things. Has a little bit of a wild west chaotic feel.
Trade Policies: No questions asked! But the colonists don't consider themselves to be criminals and always try to be discreet and never flagrantly flaunt any of their questionable activities. For this reason many smugglers, pirates and other bearers of questionable goods often make stops here to sell their ill gotten gains. The Colony leadership knows they are lacking in many resources especially hi tech goods, so they are willing to look the other way in order to bring in items that the colony would otherwise have to go without. However, no activities that could endanger the colony's overall wellbeing will be tolerated. That is if they know about it...
Environment: Warm mixed forest (decided to go with Warm after determining the planet has dinosaur-like beasties)

Special Resources: Big Game Hunting ! Dinosaurs! The planet has a reputation for having some of the more fearsome forms of big game in the sector and those big game hunters that have the means make their way to this world to try their luck. 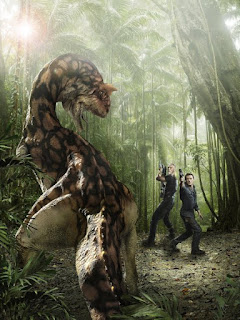 Primary Source of transportation: Animals, the colonists have been able to domesticate several species of reptiles that they use as mounts.  While there are a few hi tech vehicles, mostly jeeps and cycles in use by the military, the vast majority of the civilian population, and even much of the military use these reptiles to go about their regular business. 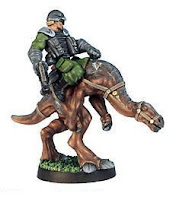 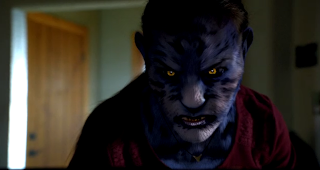 Advanced Metal Culture- The Balam are from evolved pets from the ancient aliens that once inhabited this planet. They are angry isolationists and want no contact with outsiders. The colonists for the most part try to avoid the Balam, while they are more advanced technologically than the Balam they know they are outnumbered by the native population. Unfortunately there have been a few violent encounters between the colonists and the Balam, the ruins of Grimmville are a sober reminder of what happens when you anger the Balam.
*The Balam are a humanoid race of amber eyed, blue furred Jaguar-like aliens. (after rolling that they were from evolved pets, I pulled out my copy of After the Bomb 2nd ed. to see what animal race they were evolved from and rolled Jaguar, then saw a table to determine color figured what the hell and rolled blue?!....which reminded me of a recent episode of Grimm and that's where the name Balam comes from. Course this whole thing is starting to have some weird correlations to  Cameron's Avatar movie  also, oh well). The Balam can be quite obsessive under certain circumstances, particularly when their tribe or most especially their immediate family comes to harm. They are bold and daring beings that often act before thinking. They are known for uncanny feats of agility. The elite warriors among them are part of a sacred brotherhood, prior to critical battles or actions they gather in a sacred medicine lodge and go through some form of psychic bonding. This medicine lodge is some form of psitech artifact handed down from the ancient aliens that once raised the Balam as pets.
Outside threats to the colony: Raiders = Threskians (for this one I pulled out my copy of Aliens Unlimited and just did a random roll to determine what alien race the aliens raiders were, I figured going with regular humans would be boring.  What I got worked out perfectly!) below artwork is copyrighted by Palladium Books!! no infringement is intended.

The Threskians are an avian race from a distant planet in another sector of space; they are humanoid aliens with Ibis-like heads. Their people were engaged in a bitter war with another alien race. The Threskians in desperation pushed the limits of psychic abilities and created a breed of super soldiers to defeat their enemies. While the soldiers were ultimately successful, the would be war heroes found during peacetime their war programming, powerful abilities and growing mental instability caused them to be feared by the very society they were created to protect. When one rogue Threskian General led a group of elite soldiers in an attempt to overthrow the rightful Threskian government, that was the last straw, the remainder were exiled from their homeworld and threatened with death should they ever return. A large band of these rogue soldiers have established a base somewhere on or near the planet and prey upon both the native population, as well as, the Colonists.
I think I'll work these up using the SWN Faction rules. I'll save that for later...

Ok so what have I got so far.  I'm seeing Jurassic Park, meets the Terra Nova TV series, with Avatar, and a bit of the Grimm TV series thrown in.  I like it!  Running with these themes I get some names and such...

Jamesberg- is the largest concentration of colonists on the planet, a large barracks for soldiers, a hi-tech Agriculture Bio-Dome, a motor pool, and even has a fully functional (but small) hospital, as well as, many other buildings and facilities. There is a functional but rather primitive starport also; it has only minimal materials and equipment for the repair of starships.
Fort Cameron- The largest military base of the Colonial Army.  Colonial Army Commander Nathaniel Lang is headquartered here. 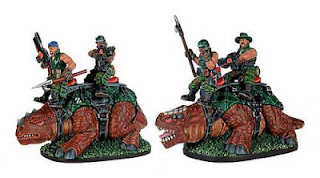 Fort Lang- Smaller (but growing) military outpost monitoring the southern approach to Jamesberg, has the standard fortified defensive wall, common to all permanent compounds in the colony, but is extra reinforced. Can easily house 1,000 troops but usually has far less, as most of its garrison is out on extended patrols at any given time. 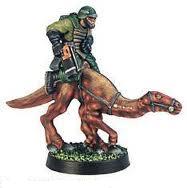 Treevana- Break away community/group of treehuggers, they are pacifists that seek only to live in harmony with nature. 100-200 members.
Grimmville- abandoned town, was wiped out by the Balam, apparently the colonists unknowingly built it upon grounds sacred to the Balam.
Spielton- Small town, the town's leader hopes to make peace with the Balam, but has so far met with zero success.

Ok guess I need to dig out my Stars Without Number book and tag this up!
More to come!  : )
Posted by Brutorz Bill at 5:00 PM