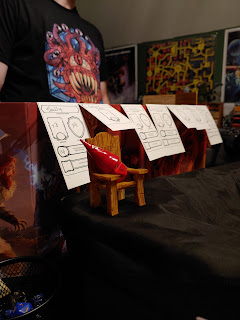 I'm a few sessions behind posting about our 5E Campaign, we had session 8 last night (9 if you count Session Zero).  We had a lot of fun.  This one was a lot of combat!  Session 7 was all role-play and interactions, leading up to this one, a big fight with Morlock infested tunnels.  I had to put my DM Dice in the Time out/Dunce Hat chair, I kept rolling 1's and 2's.  The party lost a brave henchman, err I mean Henchgnome...Selby the Rock Gnome was felled by Giant Roaches ! Ewww after he had bravely held the line against multiple Morlocks.  Eventually the party was triumphant, though almost all were seriously hurt and had burned through most of their spells.  The party has accomplished a great deal during the campaign so far. They reached level 5 by end of the night. 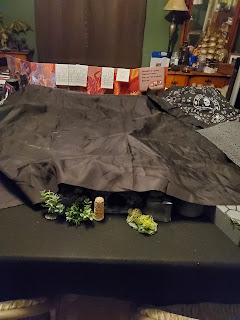 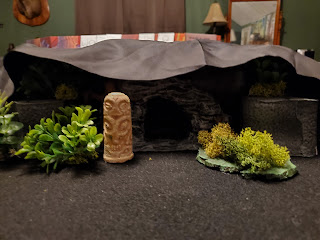 The Entrance to the Morlock Tunnels....danger and death await!! 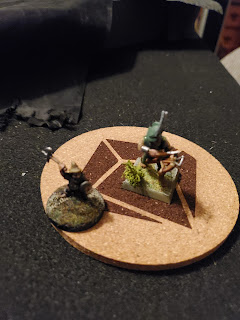 Selby the Rock Gnome (RIP) and Aldebaran the Sorcerer