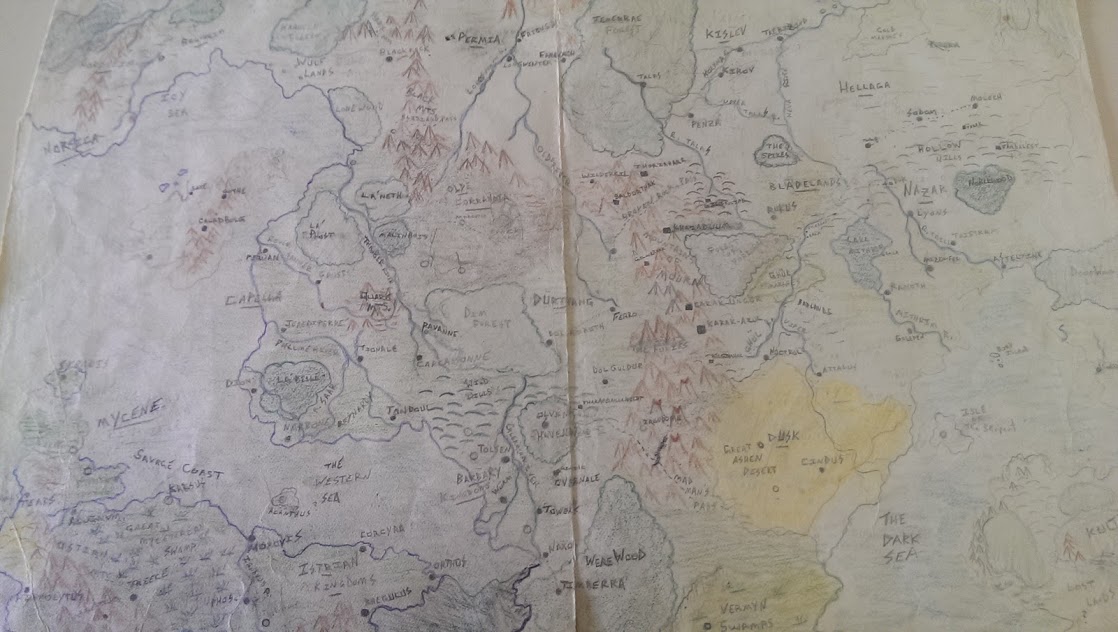 Reading the D&D Basic PDF caused me to think back to my old Campaigns from back in the day.  I went and dug around in some old folders in the attic and found this!  It's the map of my AD&D Campaign from early High School to College, mid-80's+, I called the world Vaarda.  I ran this Campaign off and on for over 14 years. Great Memories.  It's not particularly original, borrowed bits and pieces from Tolkien, Warhammer, Medieval Europe, Rolemaster etc, but we had tons of fun with it. One of the original players of this Campaign died a few years back in a tragic accident.  I introduced him to the hobby in middle school, he wound up loving the game even more than I did, his parents got mad at me for teaching him the game, they thought it was Satanic (this was the 80's don't ya know).  We had some great times and some great games.  My best friend since 7-8th Grade played in this world a bunch also.  He moved away years ago, but we still keep in touch and talk about gaming sometime.  I think its time to get him to dust off his dice and get something going.